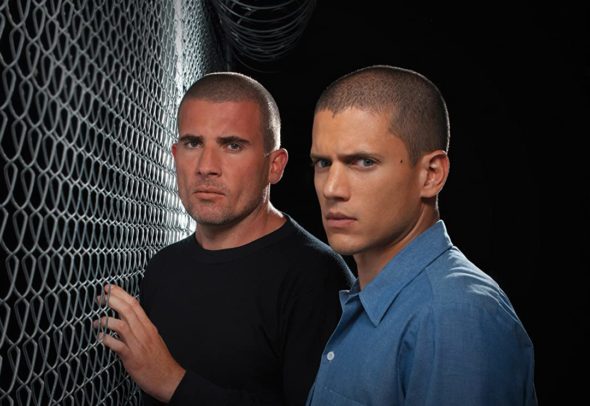 Prison Break has lost its star. The drama series was revived for a season back in 2017 and FOX has since played around with the idea of bringing the characters back for another season. That was three years ago though, and star Wentworth Miller has made it clear that he will not be a part of any future Prison Break revivals if they do happen.

He made the following statement about the FOX series on Instagram:

Not bec of static on social media (although that has centered the issue). I just don’t want to play straight characters. Their stories have been told (and told).

So. No more Michael. If you were a fan of the show, hoping for additional seasons… I understand this is disappointing. I’m sorry.

Co-stars Dominic Purcell and Sarah Wayne Callies responded to his announcement. Purcell said the following in the comments to Miller’s post.

“Fully support and understand your reasoning. Glad you have made this decision for your health and your truth.”

Sarah Wayne Callies responded with a post of her own.

yesterday @wentworthmiller announced he’s done playing michael scofield because as a gay man he wants to focus on playing gay characters. . with gratitude for all the work we did together, & with deep love, i’m voicing my support for that choice. . to all the fans, know this: the cast of prison break is a queer friendly space. we stand with – and among – our friends & family in the LGBTQ+ community with full throated support for their rights and artistic work. all the time. always. . and if that’s a problem for anyone, to quote a good man, “that’s your work.” . #pb #imwithwent #scofieldsticktogether

Prison Break aired for five seasons on FOX, which includes the shorter season that aired in 2017.

What do you think? Would you like to see another season of Prison Break? Would you watch a sixth season without him?

I watched both the original, and the revival, and liked them both.
Now that being said, he is not that great of an actor, and should take whatever roles are sent his way.
It is called acting, and not every storyline is going to be L.G.B.T. focused.

Wouldn’t watch a second revival.Never watched the original seasons either Couldn’t keep my interest as I found it boring.