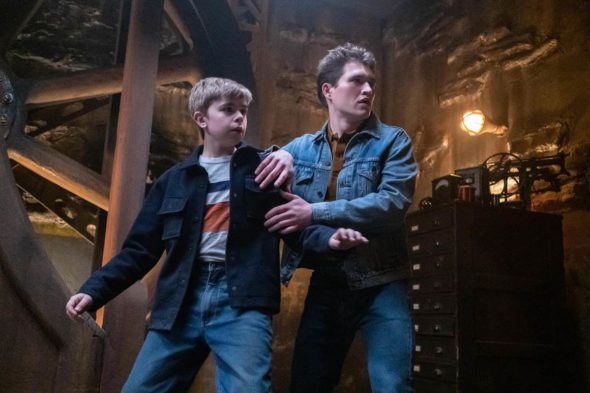 The Hardy Boys are being introduced to a new generation. A new television series is headed to Hulu, and it will arrive on the streaming service next month. A trailer has been released for the show, which will star Rohan Campbell and Alexander Elliot as the intrepid brothers.

This is the latest series to be based on The Hardy Boys books which debuted in 1927. Boy detectives Frank and Joe Hardy have been brought to television several times over the years in shows like The Mickey Mouse Club (1956), the animated Hardy Boys (1969), The Hardy Boys/Nancy Drew Mysteries (1977), and The Hardy Boys (1995).

Hulu revealed the following about this new series in a press release:

“After a family tragedy strikes, Frank Hardy (Rohan Campbell), 16, and his brother Joe (Alexander Elliot), 12, are forced to move from the big city to their parent’s hometown of Bridgeport for the summer.

Staying with their Aunt Trudy (Bea Santos), Frank and Joe’s quiet summer quickly comes to a halt when they discover their dad, detective Fenton Hardy (James Tupper) has taken on a secret investigation.

Realizing that their Dad may be onto something the boys take it upon themselves to start an investigation of their own, and suddenly everyone in town is a suspect.”

All 13 episodes of The Hardy Boys will arrive on December 4th.

What do you think? Do you plan to watch the new Hardy Boys television series on Hulu?

Yes, I plan to watch The Hardy Boys. I loved those books as a kid and look forward to seeing the series.

I can’t wait to see this new show hopefully good as books series from 1960’s.