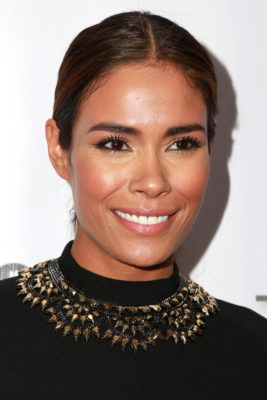 A reboot of the ’80s primetime soap, the drama series centers on the wealthy Carrington family and the energy empire they must defend against the Colbys and other adversaries, as well as each other. The cast also includes  Grant Show, Alan Dale, Elizabeth Gillies, James Mackay, Sam Adegoke, Robert Christopher Riley, Rafael de la Fuente, and Maddison Brown.

On Dynasty, Alonso will be taking on the role of Cristal Jennings, replacing Ana Brenda Contreras. Alonso is now the third actress to portray the role after Contreras and original lead Nathalie Kelley.

Season three of Dynasty is slated to debut on The CW on October 11th at 9 p.m. ET/PT.

Unfortunately, Ana Brenda Contreras will not be returning for the third season of Dynasty due to personal reasons. We’d like to thank her for her contributions to the show and wish her all the best. We’re excited to welcome Daniella Alonso who will step into the role of Cristal.”

What do you think? Do you watch Dynasty? Will you watch season three?

I like the second season. I agree Fallon has always been the star so as long as she stays I’ll watch it.

It doesn’t matter to me. Fallon is the star in this reboot. If the actress who plays here leaves so will I.

I loved the show to I always records the so my DVR is already set from last season.