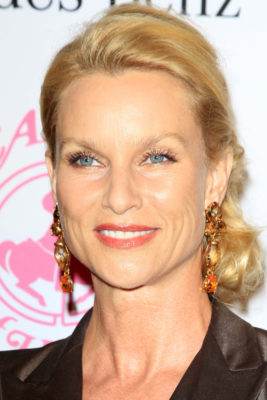 Get ready to see a lot more Alexis Carrington on Dynasty. TVLine reports Nicollette Sheridan has been promoted to series regular for season two of The CW TV show.

The CW has yet to announced a season two premiere date for Dynasty, but it will debut during the 2018-19 season.

From Sheridan re: Alexis:

She is a force to be reckoned with. Dear God, nobody’s safe! She annihilates common boundaries of decency to obtain what she needs. She’s this matriarch of a family that’s cutthroat, crippling and riddled with dirty politics. It’s great television.”

What do you think? Are you a fan of Dynasty? Will you watch season two?

So they remake this show, continue to renew it even though it has low ratings but when given the opportunity to keep the reboot of TNT’s Dallas CW turns it down even though it had great ratings, several original cast and a fabulous story line….. Go figure.

So glad Dynast has been renewed. This uber glamour show has great actors and amazing plot twists!