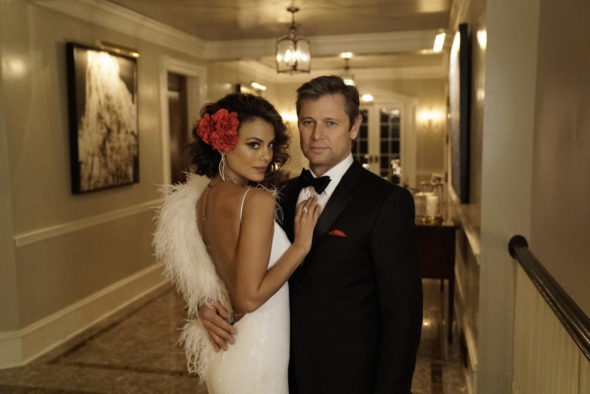 The Carringtons and Colbys survive to fight another day. Despite racking up some of The CW’s poorest ratings, the Dynasty TV show reboot has been renewed for a second season. Whether or not they can build up the audience in season two remains to be seen.

Dynasty: A Look at the Ratings

The first season of Dynasty is averaging a 0.19 rating in the 18-49 demographic and 707,000 viewers. Learn how Dynasty stacks up against the other CW TV shows.

What do you think? Are you a fan of the new Dynasty TV series? Should The CW have cancelled or renewed it for season two? Let us know, below.

I love Dynasty, just finished it on Netflix. It has been a great tv show to watch with all of the love triangles! Left off with such a cliffhanger though Can’t wait to see season 2!

Why has Dynasty not been on the last 2 Friidays??? I am going through withdrawls.

Glad it was renewed. Just finished watching all of Season 1 on Netflix. Looking forward to Season 2 in October on CW.

I just binged on Dynasty all day. I like the series an would love to see season 2. Hope it comes out soon.