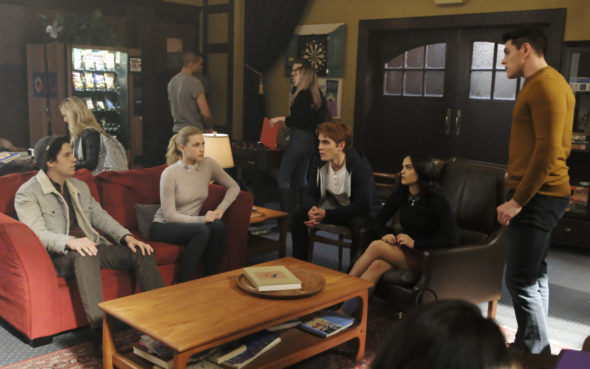 Is it too early to open Pop’s Chock’lit Shoppe for a celebration? The Riverdale TV show has been renewed for a third season on The CW. Given how much the audience has grown, the early season three renewal makes perfect sense.

Riverdale: A Look at the Ratings

The second season of Riverdale is averaging a 0.51 rating in the 18-49 demographic and 1.44 million viewers. That’s a huge increase over its season one performance. Check out how Riverdale compares to the other scripted CW TV shows.

What do you think? Did you think The CW would cancel or renew its Riverdale TV series for season three? Will you stick with it? Let us know, below.