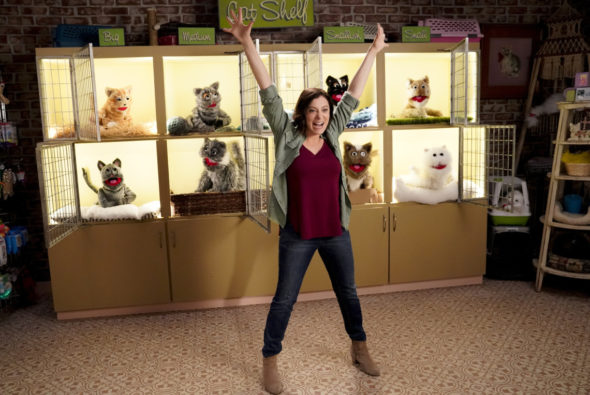 Everyone has had an ex that’s hard to let go of, and the littlest network is no different. Despite being practically invisible to Nielsen households, The CW has renewed its Crazy Ex-Girlfriend TV show for a fourth season.

Crazy Ex-Girlfriend: A Look at the Ratings

What do you think? Are you still watching the Crazy Ex-Girlfriend TV series? If it were up to you, would it be cancelled or renewed for season four on The CW?

Love love love crazy ex-girlfriend. I was really hoping for more seasons versus just for one more which is season 4. This of one the best, most unique shows that I’ve seen in a long time Rachel bloom is phenomenal She just won an Emmy that tells you something of how much fun this show is. This sow stands shoulders above all the other cookie cutter shows. If I had a wish it would be to keep this show running for another two more seasons. I just can’t see this show having a finale after one more season. There is… Read more »

THE LOWEST RATED Network TV show in history to get 4 seasons. Unbelievable.

The creators of CEG said it was a four part story, we NEEDED a fourth season to finish what was started. Man am I happy!

Really they renewed Crazy Ex-Girlfriend? So they renew the lowest rated show 2 years in a row. http://tvbythenumbers.zap2it.com/more-tv-news/fall-2016s-lowest-rated-shows-by-network-crazy-ex-girlfriend-repeats-at-the-bottom/ Oh yea, politics have nothing to do with it. HA HA

It averaged a 0.20 in live ratings seasons one and two, and a 0.22 in season three. Politics absolutely had something to do with it. So does the fact that she has a great relationship with the person in charge with the Network. I think of all the people turning over in their graves whose shows had ratings that destroyed this show and still ended before a 4th season. What a Joke.

Regular politics or network politics? I stopped watching several other shows on the same network (Arrow, super girl, et cetera) due to politics but still find this one funny / not too political. Anyway; I’m glad it is back. I really enjoy it.

So happy to hear Black Lighting is renewed !!