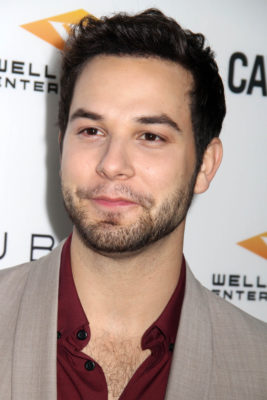 Few details have been released about Astin’s role on the fourth and final season of Crazy Ex-Girlfriend. However, at this summer’s TCA press conference, star and creator Rachel Bloom did reveal the character will represent Greg (formerly played by Santino Fontana):

We don’t want to spoil it too much. It will be a great statement on how our perception of people changes. Greg is a barometer of how people’s perceptions changes. It’ll have been two years since Rebecca’s seen him.”

The fourth and final season of Crazy Ex-Girlfriend premieres on The CW on October 12th at 9 p.m. ET/PT.

What do you think? Are you a fan of Crazy Ex-Girlfriend? How do you want the series to end?