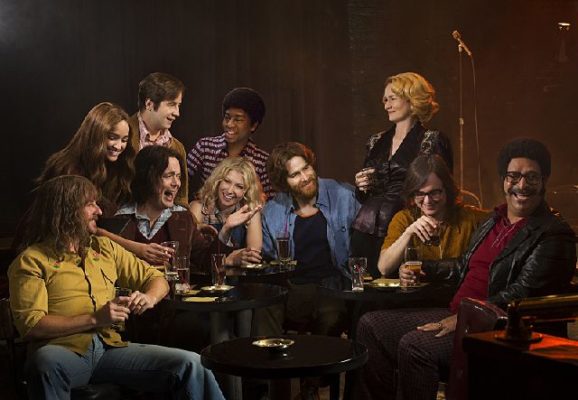 Are you a fan of I’m Dying Up Here? Recently, Showtime boss David Nevins discussed the future of the TV show, Deadline reports.

I’m Dying Up Here wrapped its second season in July, will Showtime renew it for a third? Network boss David Nevins told reporters at this summer’s TCA press conference the fate of the show is still unclear, saying Showtime hasn’t “decided yet.”

It would be surprising if Showtime gave I’m Dying Up Here a third season. The show’s ratings tanked during its second season, averaging a .04 rating in the 18-49 demo and only 178,000 viewers.

What do you think? Have you seen I’m Dying Up Here? Would you watch a third season?

Loved, “I’m dying up here”. A truly great show with intelligent writing and superb story lines. An amazing cast where each actor knew their character in depth giving brilliant performances ever episode. I really miss this wonderful show. I am so looking forward to season 3. Please don’t disappoint and give this marvelous series a chance to find an audience.

I love this show. Some of the best writing and acting there is on Showtime. It may be a show about the 70’s comedy scene, but it is much more and so well fleshed out. Please stay with it and give it a better chance to make it. Many don’t find a show at first, and I don’t recall seeing many promos for it. You can even keep it going to the years that followed. Anything, just don’t cut it loose. Not everything is about ratings and money. Some things are just pure art recording the time of pure art.

I love the show!! I have been watching from the beginning. I even subscribed to showtime just to watch the second season.

I love the show! I only discovered it at the end of season 2. I’m all caught up and anticipating season 3. I hope it doesn’t get canceled!!

Love, love, love I’m Dying Up Here. Please,
please, please don’t cancel. The characters
are great and so is the writing. Great show.

I really enjoyed season two, and the ending made some great possibilities for a third season, really wishinh for that Showtime wont cancel it!

IT’S ONE OF THE BEST SHOWS ON TV. IF IT’S CANCELLED, I’LL CANCEL SHOWTIME

I like the show a lot. The story of season 2 was moving forward a bit too fast though — situations are changing too quickly for almost everyone of them. Anyway, please do not cancel it!!

I thought the second season was better than the first and would love to see a third. I really liked the character development and thought the writers did an excellent job.