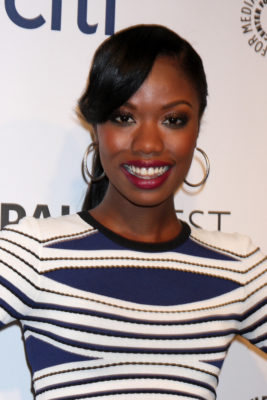 On I’m Dying Up Here, Roquemore will play “Dawn Lima, an in-your-face, sexy and fearless comedian who will talk about anything except who she really is.” Showtime has not yet announced a premiere date for season two.

What do you think? Have you seen I’m Dying Up Here? Will you watch season two?

I am SO looking forward to Season 2 – I LOVED Season 1. VERY entertaining,,,,and nostalgic.

I ended up binge watching season 1 and Really liked it. Good characters, great art direction with the 70s theme. Looking forward to season 2.