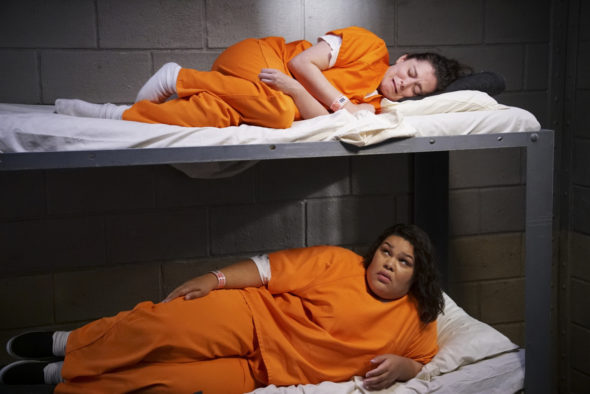 Has Rebecca’s long, strange trip come to an end? Is the Crazy Ex-Girlfriend TV show cancelled or renewed for a fifth season on The CW? The television vulture is watching all the latest cancellation and renewal news, so this page is the place to track the status of Crazy Ex-Girlfriend, season five. Bookmark it, or subscribe for the latest updates. Remember, the television vulture is watching your shows. Are you?

A satirical musical comedy airing on The CW television network, Crazy Ex-Girlfriend stars Rachel Bloom, who co-created the show with Aline Brosh McKenna. The series centers on Rebecca Bunch (Bloom), a “tightly wound” Ivy educated lawyer. The cast also includes Vincent Rodriguez III, Donna Lynne Champlin, Pete Gardner, Vella Lovell, Gabrielle Ruiz, and Scott Michael Foster. After reconnecting with Josh (Rodriguez), her summer camp crush, Rebecca quits a top New York law firm and takes off for California. She’s not following Josh though, as that would be crazy. Season four kicks off with Rebecca having pleaded guilty to a federal offense, because she feels compelled to pay for every wrong thing she has ever done.

There’s no need to spend the fourth season waiting to hear whether The CW will cancel or renew Crazy Ex-Girlfriend for season five, because we already know the series is ending. For the completists among us, I will keep an eye on the Nielsen ratings and update this page with new developments. Subscribe for free updates on any Crazy Ex-Girlfriend news.

What do you think? Is this TV show ending at the right time? If it were up to you, would The CW renew Crazy Ex-Girlfriend for season five?