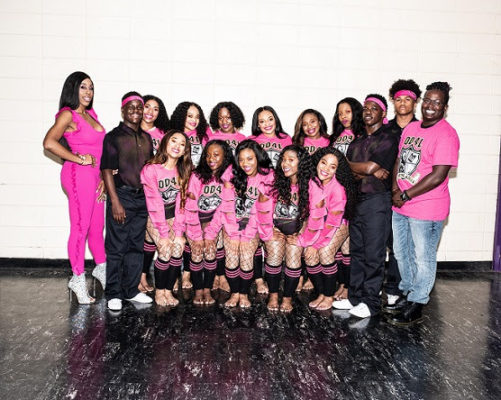 Are you a big Lifetime fan? The network just announced the premiere dates for new seasons of Bring It!, The Rap Game, and Married at First Sight.

LOS ANGELES, CA (November 12, 2018) – The Rap Game heads into its most intense season ever and it’s all-out music mayhem! The stakes are higher than ever before and with a battle every episode, this new crop of superstars must use everything in their arsenal to keep their place on the HIT List….and in the house! From executive producers, Golden Globe winner and Grammy nominee Queen Latifah and Grammy winner Jermaine Dupri, the fifth season of The Rap Game kicks off Thursday, January 10th at 9pm ET/PT.  The following week (1/17)  it will return to its regularly scheduled time slot of 10pm ET/PT. This is the time to shine for these six young rappers who will have to freestyle, flow and rhyme their way to a life-changing prize – a recording contract with Dupri’s label, So So Def Recordings. This season, artists Will.I.Am,  Lil Jon, Xscape, Killer Mike, Rapsody and Jacquees join Dupri to help guide these promising rappers to music victory.

The Rap Game Season 5 artists include:

Eli Triplett, 15, Chattanooga, TN – This Tennesee kid is raised by a single dad who works four jobs at a time to support his kids. Eli is a great boxer and basketball player, but it’s always been writing music that’s helped him to cope with his stress.

Lil Richye, 13, Charlotte, NC – Lil Richye’s parents run a record label and Richye is their star client. The youngest of the family, he started writing his own rap music at age 10, and won “Best youth Hip Hop Artist of the year” at the 2016 Queen City Music Awards.

Nya Kasan, 16, Detroit, MI – A spunky teenager, this “girl power” rapper from Detroit is a master battler who’s ready to destroy the competition.  After growing up in a neighborhood surrounded by gang violence, she’s determined to turn tragedy into triumph.

Queen Amayah, 15, Miami, FL – Bold and unapologetic, Queen Amaya brings an east coast flare reminiscent of Biggie.  A mix of Iranian, Puerto Rican and Cuban, she’s a smart storyteller and passionate rapper who has even challenged her teacher to a rap battle.

Sire, 14, Atlanta, GA – Sire’s talent and personality are big and bold. His huge family of 10 recently uprooted their whole world and relocated to Atlanta to support Sire in pursuing his career. He considers himself a prolific writer, a great dancer, and an amazing live performer.

Tyeler Reign, 16, Los Angeles, CA – Tyeler has opened up for big names like Busta Rhymes and Silento. Nearly every adult in Tyler’s life is in the music industry, and with her energetic overzealous mother by her side, she’s one to beat.

As a brand new dance season begins, Coach D has decided to break her biggest rule and the change shakes the Dollhouse to its core.  For the first time EVER – BOYS will be dancing alongside the team and this new addition creates chaos. With new team captains and a new assistant coach, the boys and girls will have to learn to work together to keep their heads in the battle if they want to be number one.

The hit docuseries returns for season eight to match Philadelphia area singles who have agreed to a provocative proposal: getting legally married to a stranger the moment they first meet, at the altar. A panel of experts – psychologist Dr. Jessica Griffin, sociologist Dr. Pepper Schwartz and marriage counselor, Pastor Calvin Roberson, will create what they believe are compatible couples based on scientific matchmaking and continue to counsel and mentor each set of newlyweds throughout the experiment. The series captures each couple’s journey as they go from wedding, to honeymoon, to early nesting, to the daily struggles of working on their marriage. After several weeks together, each couple must make a decision: do they remain together or decide to divorce?

What do you think? What is your favorite Lifetime series? What will you be watching in the new year?

Why is it so hard to get a answer about Bring It returning for 2019-2020 ? Hopefully from Atlanta stop dodging & let fans know & putting these other shows that don’t compare. How can Dance Moms be on & Not Bring It?

I’m trying to find out if Bring It is returning for 2019-2020 Season. Where is the update? I’m tired of looking at knock off shows Cheerleading & Dance Moms, Abby is disrespectful. Can we gat an answer or let another Network have it please.

I have been searching on google every way possible and I’m not getting anything back! It’s like they were never on tv. When I search, I’ts not even recognizing the name! I really enjoy that joy, but this last season had me disappointed ☹️! It’s like all of this is being done cause the heavy hitter are graduating! However, I feel it’s slapping the other Youn ladies in the face, some of them that finally was able to perform work just as hard if not harder than some to prove themselves. I think at some point Diana lost focus and… Read more »