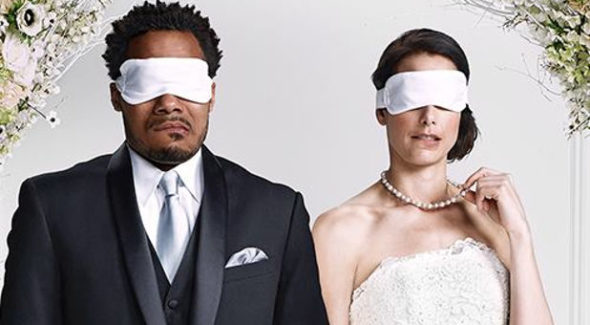 Could you marry a stranger? Recently, Lifetime announced they will host free weddings in honor of Married at First Sight‘s upcoming seventh season.

The new season of the docuseries “heads to Texas where six Dallas area singles yearning for a life-long partnership agree to a provocative proposal: getting legally married to a stranger the moment they first meet, at the altar.”

To celebrate the season seven premiere of Married at First Sight, which airs on July 10th at 9 p.m. ET/PT, Lifetime is hosting free weddings for 70 couples in seven cities across the U.S. You can read more details below:

NEW YORK, NY (June 25, 2018) – As Lifetime kicks off its Real Love Tuesday night programming block with the 7th season premiere of the break-out hit docuseries, Married at First Sight, the network is celebrating matrimony in a larger-than-life way – by covering the costs of courthouse weddings for 70 couples in 7 cities taking place on Tuesday, July 10. Real life couples are invited to join in the nationwide “I Do’s” in Dallas, New York City, Los Angeles, Chicago, Boston, Miami and Atlanta.

Season seven, debuting with a two-hour premiere on July 10 at 9pm, Married at First Sight spotlights Dallas area singles searching for life-long partnerships. The nationwide festivities will kick off on July 10 with a Texas-style wedding bash in downtown Dallas complete with a professional photographer, miniature wedding cakes and giveaways to complete couples’ special day. In the other cities, the cost of up to 70 courthouse ceremonies or marriage licenses in each location will be covered by Lifetime.

“We’re thrilled to celebrate the Married at First Sight season seven premiere with a tribute to love in these seven cities,” said Gena McCarthy, Executive Vice President, Head of Programming, Lifetime Unscripted & Head of Programming, FYI. “Married at First Sight has been a part of countless couples’ journeys to falling to love and we couldn’t think of a more fun way to celebrate this lucky seventh season!”

As three new relationships are about to unfold on the show’s upcoming season debut, Lifetime is providing couples across the country the opportunity to embark on their very own happily-ever-afters. The locations the wedding festivities will take place on July 10th are:

ABOUT MARRIED AT FIRST SIGHT

The lucky number seventh season Married at First Sight heads to Texas where six Dallas area singles yearning for a life-long partnership agree to a provocative proposal: getting legally married to a stranger the moment they first meet, at the altar. A panel of experts – psychologist Dr. Jessica Griffin, sociologist Dr. Pepper Schwartz and marriage counselor, Pastor Calvin Roberson, will create what they believe are three compatible couples based on scientific matchmaking and continue to counsel and mentor the couples throughout the season. The series captures each couple’s journey as they go from wedding, to honeymoon, to early nesting, to the daily struggles of working on their marriage. After several weeks together, each couple must make a decision: do they remain together or decide to divorce?

What do you think? Have you seen Married at First Sight? Will you watch the new season?