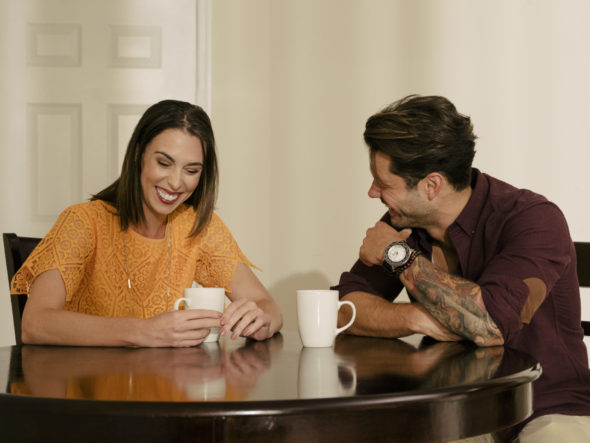 Get ready to kick off 2020 with a new season of Married at First Sight. Lifetime revealed on Thursday that the series would return on New Year’s Day with its tenth season.

The new season follows five couples that marry at first sight with two-hour long episodes. Lifetime revealed the couples viewers will see and more in a press release. Check that out below.

“Kick off 2020 with Married at First Sight as the captivating series returns for it’s milestone 10th season in the nation’s capital of Washington, DC. For the first time in MAFS history – FIVE new couples will take a leap of faith when they walk down the aisle to marry a stranger. All episodes will be megasized to 2 hours to capture each couple’s journey as they go from wedding, to honeymoon, to early nesting, to the daily struggles of working on their marriage. After several weeks together, each couple must make a decision: do they remain together or decide to divorce?

Starting at 7pm EST/PST on New Year’s night, January 1st, fans will be treated to the Season 10 Matchmaking Special where the three experts will come together to match up the five couples. Then at 8pm EST/PST, the journey begins with the first episode of season 10, followed by the highly-anticipated premiere of Supernanny at 10pm ET/PT.

Born and raised in Woodbridge, Virginia, Katie is a child of divorce. Her three brothers are her best friends and her father is her hero. Katie’s upbringing has made her cautious about who she chooses as a partner and has taught her what she does not want in a relationship or marriage.

Derek was born and raised in Maryland in a very tight-knit military family. Even though his parents are divorced now, he was brought up with a strong emphasis on the value of family which helped shape his views on marriage today.

Jessica was raised on a Christmas tree farm in Oak Harbor, a small town in northwest Ohio. She grew up with her parents, her older brother, and her identical twin sister. Jessica hopes that one day she will have a long-lasting marriage like her parents who have been married for over 35 years.

Austin grew up in Maryland and had a great childhood with his parents and sister. His parents are still together and although they don’t pressure him, they hope that there is someone out there for Austin. Austin has been ready for marriage, but has not been able to find the right woman yet.

Taylor was born in Pittsburgh, Pennsylvania but grew up mostly in Maryland with her mother – who has always been her biggest role model and made her the strong, independent woman she is today. Within the last year, Taylor ended a long-term relationship and has taken a step back and is focused on finding herself once again.

Brandon’s family is originally from the U.S. Virgin Islands but he was born and raised in the Washington, DC metro area. Brandon loves his family and his relationship with them is a top priority. He hopes to marry a woman whose values align with his and puts family first. He is ready to meet his soulmate.

Mindy, who was born and raised in Frederick, MD, was instilled with a strong moral compass and taught by her parents that family is everything. Even though her parents divorced when she was ten years old, Mindy believes in love more than ever. Mindy has spent most of her life dating the wrong guys and is ready for her fairytale ending.

Raised in a tight-knit, middle class family in St. Mary’s, GA, Zach was raised with traditional Southern values. Family is a top priority for him and even though his parents divorced and each remarried, their relationship has not affected his outlook on love as he’s witnessed them learn and grow from their past.

Meka is originally from Baltimore, Maryland and is the oldest of five children. She grew up in a single parent home and her mother worked all of the time. For many years, she did not know her self-worth and she has struggled to find healthy relationships. Meka is ready to start her next chapter and is looking for a partner that she can share her life with.

Michael was born and raised in Washington, DC by his aunt and cousin when his mother passed away when he was very young. His tight-knit family, though small, have always stuck together with their strong family values. Michael feels like he has always been ready for marriage and he has simply been waiting for the right opportunity and the right person.

What do you think? Are you a fan of Married at First Sight? Will you watch the new season?

what were their occupations? I missed this

I am looking forward to the new season