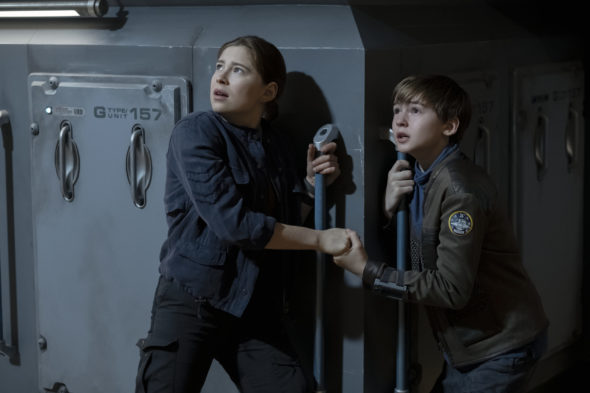 Get ready for a new season of Lost in Space! Netflix released a brand new trailer for the series before its premiere date later this month.

Netflix offered this brief teaser in a press release:

“The Robinsons are back… but have you seen our Robot? Lost in Space Season 2 returns December 24th, only on Netflix.”

Check out the trailer for the new season of Lost in Space below.

What do you think? Are you a fan of Lost in Space? Are you excited for season two?

Glad to see the 2nd series arriving …about time. I don’t trust networks to keep shows going so the wait is always filled with “will they or won’t they”. Enjoyed the first season..it took a while to warm to all the characters but it is getting there. Special effects are first class. Plot is interesting and certainly fresher than the past efforts. I will certainly be following the series to the end…what or whenever that is.

Finally Season-2 is here! Bad timing though …will interrupt our Christmas holiday….oh well…always New Year’s eve can binge watch them all! Can’t wait to start 2020 LOST IN SPACE!!

I enjoyed the first season except for the horrible interpretation of Dr Smith however this season preview just looks boring. j hope I am wrong.

Ma, this has only taken years to come around. I thought it too, was Lost in Space.