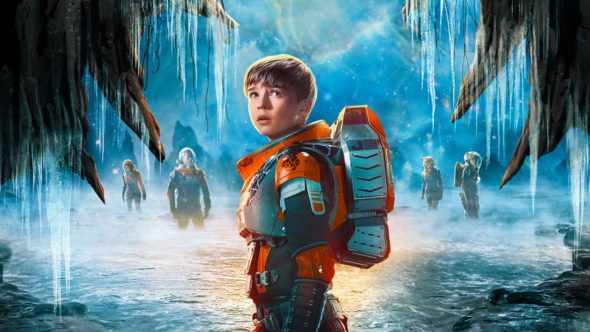 Will all of the Robinsons survive the second season of the Lost in Space TV show on Netflix? As we all know, the Nielsen ratings typically play a big role in determining whether a TV show like Lost in Space is cancelled or renewed for season three. Netflix and other streaming platforms, however, collect their own data. If you’ve been watching this TV series, we’d love to know how you feel about the second season episodes of Lost in Space here. *Status update below.

What do you think? Which season two episodes of the Lost in Space TV series do you rate as wonderful, terrible, or somewhere between? Do you think that Lost in Space on Netflix should be cancelled or renewed for a third season? Don’t forget to vote, and share your thoughts, below.

*3/9/20 update: Netflix has renewed Lost in Space for a third and final season.

This show is fantastic! Script, acting, effects. Watched season 1 several times waiting for season 2. Now watching 1 and 2 for the third time waiting for season 3. Please keep this going. Watched the original as a kid. Loved it but this is so much better.

I love Lost in Space! I loved it as a kid but I so enjoy the new version. It makes me want to go back to school and be a scientist or an engineer. I love the characters, the stories, the music, the visuals. Best show on television! Can’t wait for Season 3.

This show is amazing. My whole family watch both seasons and we hope for a third season soon!!!

This is actually quite an amazing series. We just recently found it and suppose many others have yet to discover it. The show is clever, well done, and sure to grow in popularity as word gets out. To help keep this on the air, we will be spreading the word. Few shows are as good as this one.

Please make Lost in Space S3 and release it soon. If not, I will be forced to build a red robot and send it to you.

PS
I only got Netflix to see this show. If it gets canceled so does Netflix in my household.

1st season was stunning and was out done only by season 2!! Story, cinematography and characters..Arguably the best series out.. bar none!

Enjoying this reboot, but do hope that eventually it more closely resembles the original by having the Robinson’s totally alone in space with Don, Smith and the Robot, and that more emphasis is placed on the trio of Smith, Will and the Robot, after all the catchphrase is “Danger, Will Robinson”

I was fan of the original it was the 60’s I grew up in chaos! Lost in Space was a safe haven” the fist season in the original was fantastic’ and I find it clever on the reboot how the writer explore the original story lines! Example’ the original ” Maureen and John’ are adrift in space’ in the reboot they are locked out of the resilient in a space pod’ expanding the visual effects in their plight! For instance season One’ original had realism for the times’ but by Two’ it got corny ” The reboot is brilliant! Each… Read more »