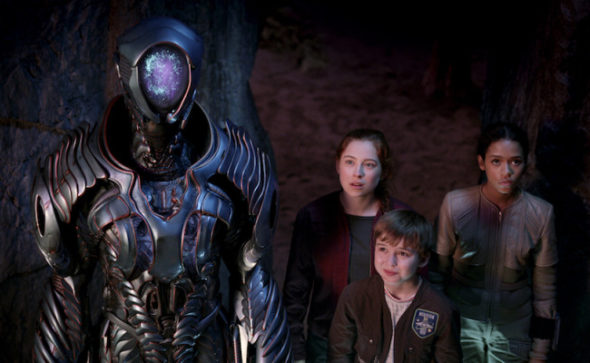 The journey of The Robinson family isn’t over just yet. Netflix has announced that the Lost in Space TV series has been renewed for a third, albeit final, season. The new episodes are expected to be released in 2021.

In a statement, showrunner Zack Estrin wrote, “From the beginning, we’ve always viewed this particular story of The Robinsons as a trilogy,” Estrin said. “A three-part epic family adventure with a clear beginning, middle, and end. It’s also worth noting that, with what these characters go through just trying to survive each episode — if anyone deserves to catch their breath before their next mission — it’s Will, Penny, Judy, Maureen, John, Don West, Dr. Smith… and The Robot. And, of course, Debbie the Chicken. So while this chapter of Lost In Space is coming to a rousing conclusion, I’m excited about continuing to explore new stories with my friends at Netflix, and for all of the incredible possibilities that lie ahead.”

It sounds like the Robinson family may get some closure in this final adventure. The original Lost in Space TV show from the 1960s ended abruptly after three seasons, leaving the occupants of the Jupiter 2 spaceship permanently “lost in space.”

More #LostinSpace is coming. The third and final season arrives in 2021 on Netflix. pic.twitter.com/tZw1r5ZOCR

What do you think? Have you enjoyed the Lost in Space reboot series? Are you glad that it’s been renewed? Would you have watched season four on Netflix?

I really liked this family show, I don’t know why they keep cancelling all the sci-fi series

Best reboot ever and due to budget concerns and digital processing – you are making the biggest mistake in canceling the show‼️ Please reconsider; too much short term thinking; there are ways to move away from the digital processing costs – Be creative‼️

The original Lost In Space was great and I was disappointed when this remake only had 2 seasons. Thanks for giving us 1 more season-and the updates were wonderful! I would watch more.