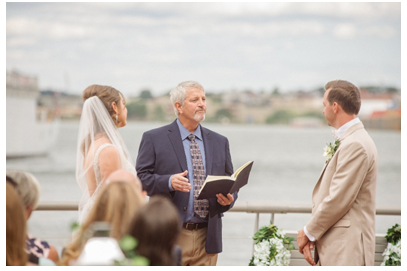 Married at First Sight is coming back soon! The premiere date for season six has been revealed. A special is also planned for before the premiere.

Lifetime revealed more about the return of this series in a press release. Check that out below.

In season six of Married at First Sight, Boston area singles yearning for a life-long partnership agree to a provocative proposal: getting legally married to a stranger the moment they first meet. The couples will not meet until they walk down the aisle and see each other face-to-face, for the first time, at the altar. The series captures each couple’s journey as they go from wedding, to honeymoon, to early nesting, to the daily struggles of working on their marriage. After several weeks together, each couple must make a decision: do they remain together or decide to divorce?

This season, Boston-based psychologist and Professor Dr. Jessica Griffin, joins sociologist Dr. Pepper Schwartz and marriage counselor, Pastor Calvin Roberson on the series’ panel of experts. Together they will create what they believe are three compatible couples based on scientific matchmaking and continue to counsel and mentor the couples throughout the season.

Married at First Sight is produced for Lifetime by Kinetic Content. Executive producers for the series are Chris Coelen, Eric Detwiler, Sam Dean, Robyn Schnieders and Ally Simpson from Kinetic Content and Gena McCarthy for Lifetime.”

Are you a fan of Married at First Sight? Will you watch the new season? Tell us what you think.