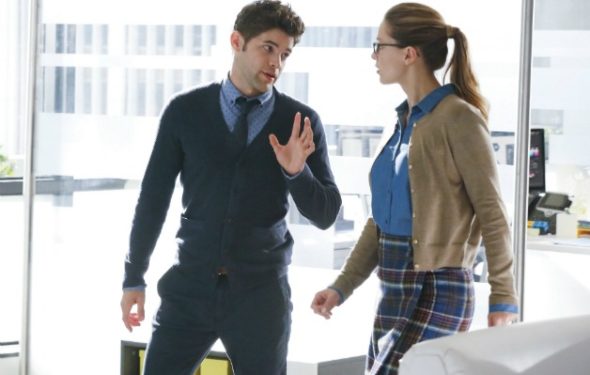 It looks like Winn is stepping down. TVLine reports Supergirl star Jeremy Jordan will appear in fewer episodes of the CW TV show’s fourth season.

Although Jordan won’t be returning to Supergirl as a regular, he will still recur on the The CW series. EPs Robert Rovner and Jessica Queller told TVLine they are already planning big things for his character:

We love Jeremy, and even though he’s [not going to be around full-time], we’re not saying goodbye to Winn at all. We’re already breaking big stories for him right now for the fall, and I think the fans will be excited to see what he has coming up.”

What do you think? Do you watch Supergirl? Are you looking forward to season four?

I love WINN. he brings just as much life to this show as supergirl does. with the weapons he creates and his quick silly humor. I still love the show but very sad that I will not get to see Winn as much. he is my second favorite character on the show.

I love SuperGirl and would miss her terribly if she were to leave. I don’t know anyone of my friends or family that doesn’t watch.

They keep adding characters until many are barely on screen anyway. Supergirl had the big lead in by being on CBS first. Now The Flash destroys it in ratings every week. Not the greatest storylines, spending half the show on the sister discovering she was go, and losing Monell has hurt the show. Yes Monell is back but he isn’t the same character since now he is mature. They blew a great character and perfect for the too serious Supergirl. Now both are uptight and serious about everything.

Honestly–I am not really excited either way. I thought this season was never going to end, and the storyline was terrible.