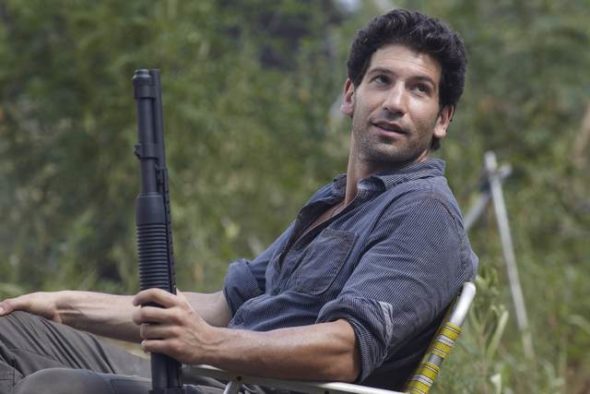 A familiar face is returning to The Walking Dead. TVLine reports Jon Bernthal will appear in season nine of the AMC TV show.

Fans of The Walking Dead will know that Shane (Bernthal) died at the end of season two. TVLine says the character will make at least one appearance in season nine, likely a flashback or a hallucination.

As we reported earlier, original cast member Andrew Lincoln is rumored to be leaving the AMC series during season nine. So far, the network has declined to comment.

What do you think? Do you watch The Walking Dead? Are you looking forward to season nine?

Have they killed Negan yet? I was an avid watcher since the start, but I quit watching shortly after his character was introduced. As soon as he’s gone, I’ll be back…but they just keep dragging him on and on. The Negan/Saviors storyline ruined the show for me (and apparently for others too…the ratings have been plummeting since he appeared).

Not as much as in the first 5 seasons. Disappointed in last few seasons, sadly. I’ve never missed a single first run episode in 8 seasons. It’s still better than Fear the Walking Dead too.

Yes very much so