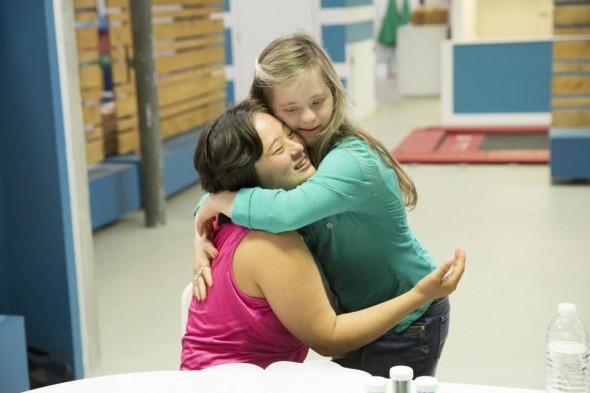 Are you a fan of Born This Way? Recently, A&E announced season four of the TV show will debut in August.

The award-winning docuseries “provides an intimate look at a diverse group of young men and women with Down syndrome as they pursue their passions and lifelong dreams, explore friendships, romantic relationships and work, all while defying society’s expectations.”

Season four of Born This Way premieres on A&E on August 15th at 8 p.m. ET/PT.

New York, NY – June 18, 2018 – A&E Network’s critically-acclaimed, Emmy-winning docuseries “Born This Way” returns for its fourth season on Wednesday, August 15 at 8pm ET/PT. Airing two episodes back-to-back each week, the four week event will chronicle the group’s journey as they prepare for a monumental step for two of its members – the wedding of Cristina and Angel. Download the season trailer here.

The groundbreaking series provides an intimate look at a diverse group of young men and women with Down syndrome as they pursue their passions and lifelong dreams, explore friendships, romantic relationships and work, all while defying society’s expectations. The series also gives a voice to the parents, allowing them to talk about the joy their son or daughter brings to their family, and the challenges they face in helping them live as independently as possible.

In the new season, the group looks to push their boundaries even further and assert the independence they have cultivated over the past three seasons. Cristina and Angel struggle to agree on the details for their upcoming wedding as their parents grow nervous about what this next step will mean for their futures. Rachel and Megan look to take their own leap and move into their own place together without their parents. John and Steven work towards getting their driver’s licenses, while Elena embarks on a new serious relationship. Sean also has a new girlfriend and a growing business that is taking up more of his time.

Following the season finale of “Born This Way” on Wednesday, September 5, A&E will premiere the new documentary special “Deaf Out Loud” at 10PM ET/PT, executive produced by Academy Award-winner Marlee Matlin, which follows three predominantly deaf families as they raise their children in a hearing world. With many differing opinions about how deaf children should be raised swirling in the social consciousness, these families work to forge their own paths forward and combat the daily social stigmas many deaf people face.

What do you think? Have you seen Born This Way? Will you watch season four?

I just watched the last episode of season 4…Cristina and angels wedding. I cried through out the show…I love this series..people can learn from this precious loving cast. They are real!! I hope the series continues..I will be watching.

Yes I would watch Born this way

Yes, Mother and I have watched “Born This Way,” and it’s inspirational.