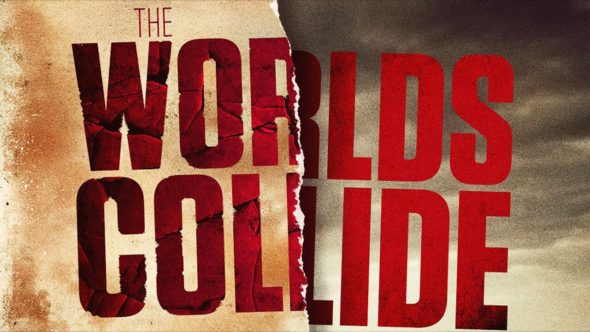 More information is emerging regarding the upcoming crossover between the zombie apocalypse drama. A couple of weeks ago, we reported Jenna Elfman is joining the cast of the crossover event which was announced back in October.

Now, we’ve learned that Lennie James, who stars as Morgan Jones on The Walking Dead is scheduled to start filming on the prequel series, Fear the Walking Dead today in Austin, Texas. AMC is live-streaming the event at 4:00pm EST. Check the show’s official Twitter page, for further details.

While we were still polishing off our Thanksgiving Day leftovers, showrunner Scott M. Gimple released a statement which was read on the after-show, Talking Dead. Here’s more, from Deadline:

The long awaited crossover between The Walking Dead and spin-off Fear The Walking Dead will see Lennie James’ Morgan Jones character bridging the stories between the two series and moving to the latter.

This doesn’t mean that the Morgan character will be leaving TWD, even as James prepares to start filming on FearTWD tomorrow morning in Austin, Texas – at least not right away. “Even though Morgan is going to be featured on Fear, he has a lot of story left on The Walking Dead,” said showrunner Scott M. Gimple in a statement read out on Talking Dead on Sunday. “Morgan’s arch on The Walking Dead Season 8 positioned him for the story on Fear,” the EP added. “It was also important to see Fear‘s world and characters through new yet familiar eyes.”

James’ first day on the FearTWD set will be partially live streamed online it was also announced tonight.

The Walking Dead season 8A winter finale is scheduled to air on AMC on December 10th. Season 8B will premiere early in the new year. The fourth season of Fear the Walking Dead should debut sometime around the middle of 2018.

What do you think? Are you a fan of The Walking Dead and Fear the Walking Dead TV shows? Do you plan to check out the crossover event on AMC? Let us know, below.