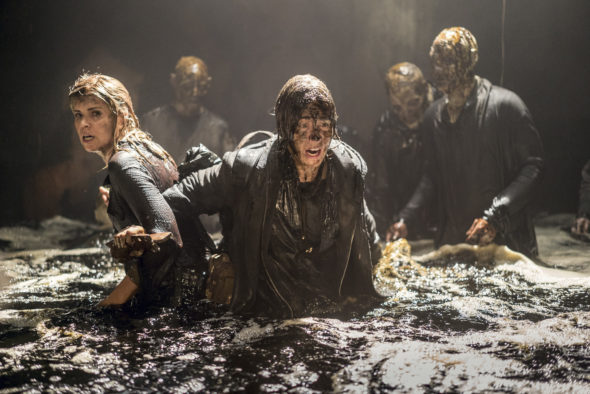 An AMC horror drama, Fear the Walking Dead stars Kim Dickens, Frank Dillane, Alycia Debnam-Carey, Rubén Blades, Danay Garcia, and Colman Domingo. In the fourth season, The Walking Dead‘s Lennie James brings his Morgan Jones character to the prequel series, as the recent past merges into the present struggle. While encountering new friends and enemies, the crew will fight for and with each other, as well as against the dead. Also joining in season four are Maggie Grace, Garret Dillahunt, Jenna Elfman, Kevin Zegers, and Evan Gamble.

**7/29/2018 Status Update: Fear the Walking Dead has been renewed through season five on AMC. Details here.

THIS IS ONE OF THE BEST SHOWS ON TV.. DIFFERENT.. INTERESTING AND ALWAYS FULL OF SURPRISES

I think Fear the Walking Dead is doing better than ever. It was sad losing 2 of the most important characters, but it shows gumption on the part of the show runners to risk it. I think it will pay off.