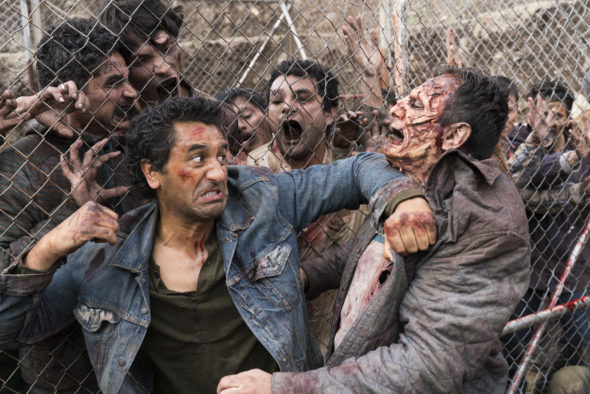 What’s in store for season three of Fear the Walking Dead? AMC has just released a new sneak peek for the series’ return on Sunday.

Season three of Fear the Walking Dead returns with new episodes on AMC on September 10th at 9 p.m. ET/PT.

What do you think? Do you watch Fear the Walking Dead? Are you excited for the rest of season three?

We know the show will be back for a FOURTH season. The ratings need to pick up. They need to bring in some name people or some better characters. We will see what happens.

Sooooooo looking forward to the start of the 2nd half.