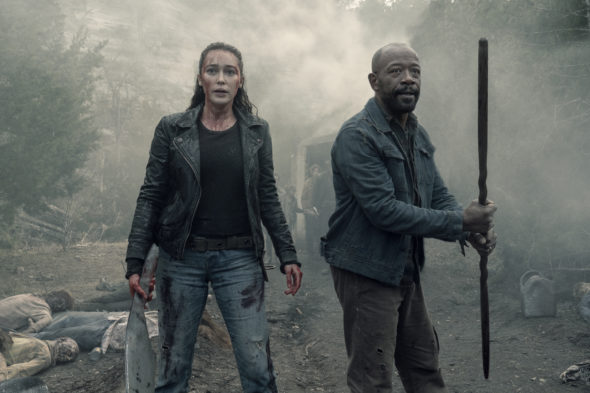 *7/19/19 update: AMC has renewed Fear the Walking Dead for a sixth season.

Fear the Walking Dead is awful! I keep watching hoping that they go back toward Alexandria but it just gets worse and worse every week! They’ve ruined Dwight and Morgan! They were two great actors on the Walking Dead so I hope they cancel Fear and these two return to the original show! Please put this show out of its misery! I have also been watching hoping they mention Rick or give us a clue about Rick with the CRM!

I totally disagree. My wife and I live this show! Keep it coming Kirkman!

It seem a tad confusing. Tooooo many characters to follow.