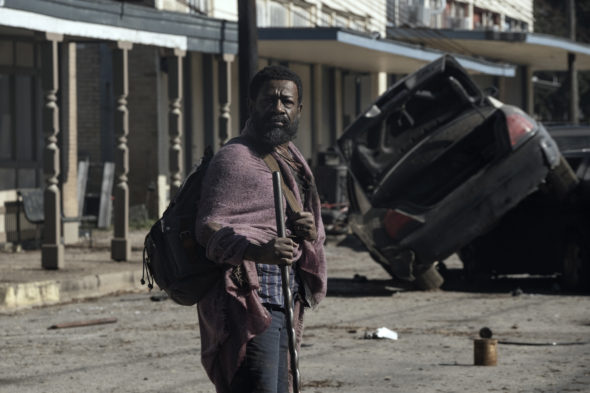 The zombie business continues to be very good for AMC. The cable channel has renewed the Fear the Walking Dead TV series for a seventh season. The announcement was made via Twitter.

Airing on Sunday nights, the sixth season of Fear the Walking Dead averages a 0.35 rating in the 18-49 demographic and 1.36 million viewers. Compared to season five, that’s down by 16% in the demo and down by 10% in viewership. However, it remains one of the cable channel’s most-watched scripted series. Seven episodes from season six have aired thus far and AMC has not yet announced when the season will resume.

The past is dead… but the future is bright. #FearTWD is coming back for a 7th season. pic.twitter.com/6oX8uF10Wy

What do you think? Do you like the Fear the Walking Dead TV series? Will you be watching the rest of season six as well as season seven on AMC?

Season 6 of Fear the Walking Dead was the best of The Walking Dead venue since the early seasons of the original Walking Dead. It was exciting, full of action, the bad guys did NOT always win. The reason we stopped watching all of the Walking Dead shows, was because they became more of the same – and the bad guys kept winning. It frankly got extremely boring and we were falling asleep watching them. Time is valuable and with a burgeoning overwhelming pick of great things to watch on Internet TV, we moved over and dropped most of our… Read more »

Will comtinue to watch as long as it goes. One of my favorite shows on TV.