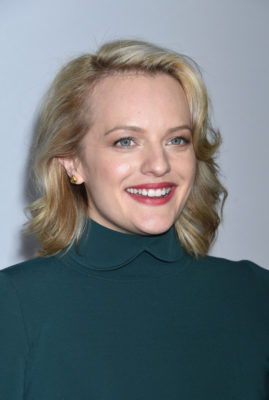 From Robin Veith and Nick Antosca, the mini-series “is set in Texas in 1980 and based on the true story of killer Candy Montgomery and her victim, Betty Gore.”

Moss is set to play Mongtomery in Candy and will executive produce the Hulu TV show alongside Veith, Antosca, Lindsey McManus, and Alex Hedlund. A premiere date has not yet been announced.

What do you think? Are you a fan of Elisabeth Moss? Will you check out Candy?

I moved to Dallas on the day of this grisly murder in the suburbs. It was a shock and kept everyone talking all summer. I will definitely be watching! When does “Candy” air?

At first I thought,”oh no. Handmaid’s tale is not returning!”. Of course it is. This is just a side job for Moss. Whew! We can’t wait for The Handmaid’s Tale to return.