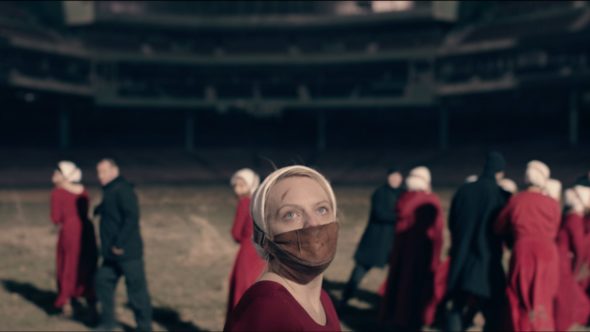 Season two of The Handmaid’s Tale just premiered a few days ago, but what about season three? According to The Hollywood Reporter, showrunner Bruce Miller has just signed a new deal with Hulu.

Hulu has not yet announced a season three renewal for The Handmaid’s Tale, but the future looks promising. Recently, showrunner Bruce Miller signed an overall development deal with the streaming service, which bodes well for the award-winning TV series.

The Handmaid’s Tale series would not be the creative force it is without Bruce Miller behind it. He is truly a one-of-a-kind partner and storyteller, and we’re thrilled to continue our relationship with him to bring authentic, relevant and riveting stories to Hulu.”

What do you think? Do you watch The Handmaid’s Tale? Do you want a third season?