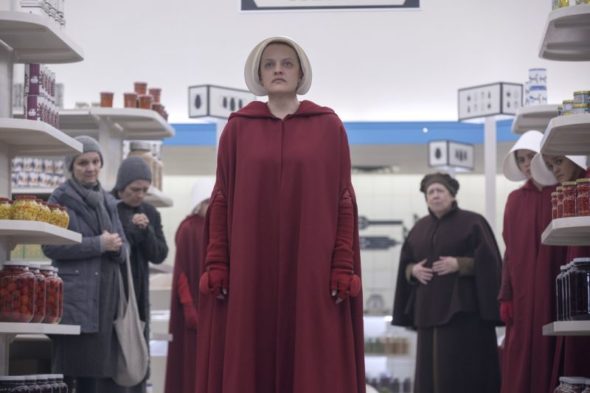 Hulu is returning to Gilead. The streaming service just announced they’ve renewed The Handmaid’s Tale for a fourth season.

Hulu has not yet announced a premiere date for season four of The Handmaid’s Tale, but you can read more info below:

What do you think? Do you watch The Handmaid’s Tale? Are you glad it’s coming back?

I am so happy its coming back!!!

I think it is awesome that “The Handmaid’s Tale” is returning for a fourth season! I also viewed Margaret Atwood’s biographical movie on Hulu, so I have a deeper understanding of how this novel was developed. Also, a special thanks to Peggy for agreeing to help script this new season! I cannot wait until it is available to view! Thank you Hulu!

I think it is awesome that The Handmaid’s Tale with have a fourth season! I also watched the TV move on Margaret Atwood, author of this amazing story! Way to go, Peggy! Thank you so much for continuing your creative work alongside the program writers!

This series is one of the most unsettling and disturbing shows I think I have ever watched. Like watching a train wreck in slow motion, repeatedly.

I’m thrilled to read this! One of my all time favorites!

I love this Hulu series!! Glad it’s coming back for another season!!!

I am thrilled to hear that it’s coming back for fourth season. Final episode had me feeling a mess! Didn’t know whether to cry or cheer. Please keep up the wonderful writing for the cast. They really play it out so well. Thank you sincerely.