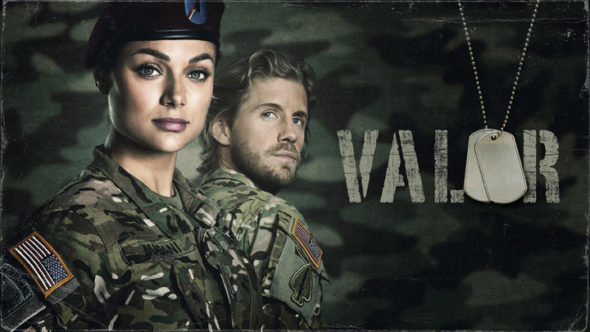 Back home in the States, Jimmy’s wife, Jess (Reid), knows she’s being kept in the dark about her husband, and it infuriates her. Jess isn’t the only one who suspects she’s not hearing the truth. Although he is her boyfriend, First Lieutenant Ian Porter (Barnett) has a feeling that Nora hasn’t even come clean with him.

Meanwhile, the mysterious Thea (Roxburgh), is assigned to investigate the unit’s failed mission. While she cannot be certain, this CIA operative has a working theory of the case. Still, only Madani and Gallo know the truth about Somalia.

Because she’s still recovering from gunshot injuries sustained during the mission, Nora is grounded from flying, by the Shadow Raiders’ commander, Col. Robert Haskins (Thatch). After learning Jimmy is still alive and in the clutches of a brutal terrorist cell, she resolves to return to the cockpit and accompany Leland on his mission to rescue Jimmy.

As they train and prepare for their newest mission, Nora and Leland find themselves growing closer. Their desires end up at odds with their commitment to honor and duty. Will the secrets they are hiding help Jimmy, or are they putting everyone in grave danger? Stay tuned.

What do you think? Do you like the Valor TV series? Should this TV show have been cancelled or renewed for season two on The CW?

I need the valor session

I am deeply disappointed with finding out the show was cancelled, it was an amazing show. My question now is, what will it take to bring it back? I’d advise not putting it with “CW”, look at the genre of shows and compare this particular show to the rest of them…I am here from watching all of season 1 from Netflix. Once you start watching you can’t stop.

Loved this show. My wife and I are so disappointed there’s no second season

it was a good show should of been a season two

Just started watching Valor. Wish there was going to be a season 2. Hope season 1 wraps up this story line.

Great series, should not have been canceled!!!!!

this is an AMAZING show, it’s super enjoyable… a second season should definitely come!! we are expecting it

Yes, I felt this series was a developing storyline. an interesting companion to Seal Team. I enjoyed it.

Definitely Renewed. I eagerly await each episode. My favorite series.

I liked Valor. it is different from other shows on TV. Plus, it highlights the military. I wish there would be another season