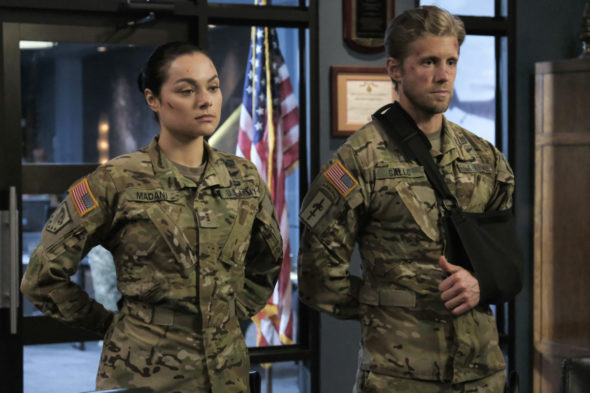 While the writing has been on the wall for sometime, now it’s official. The Valor TV show has been cancelled by The CW after one short season. In January, during the 2018 TCA winter press tour, network president Mark Pedowitz all but broke the news, so we have been expecting this cancellation for a while, now.

Valor: A Look at the Ratings

The first season of Valor averaged a 0.21 rating in the 18-49 demographic and 958,000 viewers. Even compared to the other scripted CW TV shows, those ratings are very low — particularly for a new hourlong drama series.

The Matt Barr- and Christina Ochoa-led military drama — a passion project for CW president Mark Pedowitz — will be honorably discharged at the network. Launched in the fall, the series was one of multiple military dramas to air in the 2017-18 broadcast season. The series failed to cut through and wrapped its run after its initial 13-episode order with The CW opting to put its faith in its Dynasty reboot — which has a lucrative deal with Netflix working in its favor. For his part, Barr was rewarded for his service with the lead in CW pilot Skinny Dip.

Life Sentence was also cancelled by The CW, today. Get the details here.

What do you think? Did you watch the Valor TV series? Should The CW have cancelled or renewed for season two?