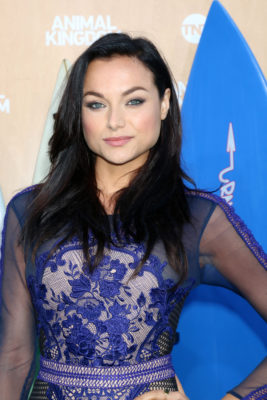 The drama “is an hourlong drama with comedy elements about a group of friends who, for different reasons and in different ways, all are stuck in their lives.” Alongside Ochoa, the cast includes Romany Malco and David Giuntoli.

Ochoa’s casting in A Million Little Things doesn’t bode well for her current series, Valor. The low-rated The CW series is currently averaging a .21 in the 18-49 demo and only 958,000 viewers.

Given the low ratings and news of the cast moving on, it seems unlikely Valor will return for a second season.

What do you think? Have you seen Valor? Would you watch A Million Little Things?

Been waiting for Season 2. Well written with so many ways to keep it going. Cast clicked.Wasn’t advertised and competed against Monday night football. Once I told friends they got hooked on it. Hope it comes back.

I really enjoyed Valor!! Please bring back on. I’m a 65 year old female loved it

I felt the show was great. Current political intrigue and the story line had me going back for more. I didn’t watch it during the regular season. I didn’t know it was on. I stumbled on Netflix. No advertising of the show may have hurt the show. Anyone that got into “Six” would get into “Valor” I binge watched. I would definitely set my DRV for “Season 2”

I loved the show. I would love to see it continue!! They could do so much more with the story!

I loved the show!! Great cast, good plot and some great chemistry between the characters. We do not have cable tv, so waited until it came to Netflix. I hope enough people will watch this series to encourage the producers to bring it back for a second season. It would be a shame if this great storyline died after just one season!

cli love the show Valor , i want a season 2 so bad, please do not disappoint me, thank you