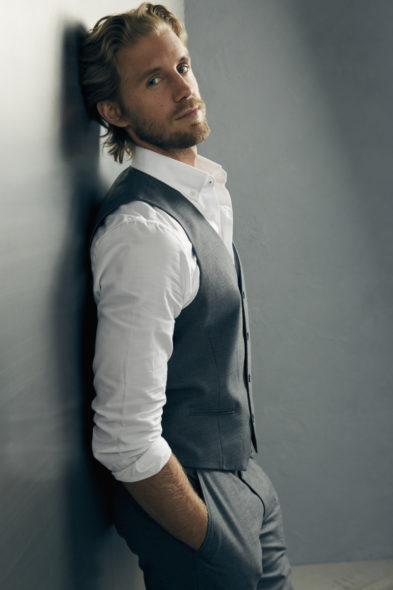 Although there has still been no official announcement, each day it seems more likely that the Valor TV show has been cancelled by The CW. Last week, star Christina Ochoa joined the cast of an ABC pilot, A Million Little Things. Now her male counterpart, Matt Barr, has followed suit. The veteran of the cancelled horror series, Harper’s Island, is joining a new pilot on The CW: Skinny Dip. We say this without judgement: from the description, Skinny Dip sounds much more up The CW’s alley than Valor ever did.

A CW military drama, Valor stars Ochoa, Barr, Charlie Barnett, Corbin Reid, W. Trè Davis, Nigel Thatch, and Melissa Roxburgh. The story centers on the Shadow Raiders, a crack unit of U.S. Army helicopter pilots. After Jimmy Kam (Davis) disappears during a top-secret mission to Somalia, only the two safe returnees — Captain Leland Gallo (Barr) and Warrant Officer Nora Madani (Ochoa) — know what really happened there. As they train to rescue Jimmy, Nora and Leland find themselves growing closer. Their desires end up at odds with their commitment to honor and duty.

Written by Russel Friend and Garrett Lerner based on the novel by Carl Hiaasen and directed by Marc Buckland, Skinny Dip centers on Joey, who, after her husband tries to kill her on what she thought was a romantic cruise to celebrate their second wedding anniversary, teams with a jaded ex-cop to exact her own twisted brand of revenge on her cheating spouse and winds up uncovering a wider conspiracy in the process.

Barr’s Mick is an old soul, unplugged from society, skeptical of the world and cynical beyond his years. A former police detective who was removed from the force, he lives alone on a desert island with a nice dog named Irma — and he’s happy to be off the grid. After finding Joey floating in the ocean, he nurses her back to health and reluctantly agrees to help her in her quest for answers.

While [Valor] has not been officially canceled, the military drama did not get a back order and is not expected to be renewed for a second season. Supporting that prospect is the fact that Barr has been cast in a pilot from the same network and studios.

Valor: A Look at the Ratings

The first season of Valor averaged a 0.21 rating in the 18-49 demographic and 958,000 viewers. Since Valor was one of the lower rated CW TV shows, the network declined to order a full season, and CW boss Mark Pedowitz, acknowledged Valor was a Nielsen ratings disappointment.

What do you think? Did you watch the Valor TV series? If it were up to you, would The CW cancel or renew it for season two? Sound off, in the comments.

I can’t believe they cancelled this show. CW did absolutely nothing to promote it, so the ratings were done entirely on the skill of the writers and cast. If they put some effort behind promoting it this show would probably have really taken off in season 2. I can’t believe Seal Team performed better than this show, but then again, it was promoted much better. Very disappointed to see this one get cancelled.

I love Valor and was looking forward to the next season. I think they made a mistake, should have given it one more season and promoted it better

Valor is the only CW show I watch, I have every episode recoded. I have been waiting and watching for the next 2nd season to start. I hope it is not cancelled, ther is very little on television now days worth watching, Valor is.

I liked Valor a great deal. I really do have a difficult time figuring out why people watch some of the stuff they do, but so be it. Lately, if I like it, it gets cancelled, so I’m not a very good barometer of what “the great unwashed” want from their TV shows ( a quote from my theater arts professor waaaay back in college.)

I have been waiting anxiously for the return of Valor. I liked it better than The Brave and Seal Team. I hope CW decides to keep the series going. I can’t wait to see what happens between Gallo and Madina.

I love Valor!! It was the best show on tv. I keep looking for it. Please don’t cancel it!!! Can’t wait for season 2!

Please do not cancel the show! !!!!!! My husband and I watch it and we love it. Seems like nowadays the only shows that stay on tv are the reality drama shows. So sick of those shows.

Please do not cancel the show Valor, that show is amazing!!!!

I didn’t even realize “Valor” was a CW show. I’ve been watching and enjoying it on Netflix. This show actually got me over my Matt Barr hatred, who I unfortunately was first introduced to as Peyton’s psychotic fake brother on “OTH.” Sad to see there likely won’t be more eps, but hopefully, my other military-centric show “The Brave” will at least get renewed.

Im very sad to hear that valor wil most probably get canceld i realy like it.

I want it to be renewed. It will be missed if not

I really enjoyed “Valor”and will miss it.
The networks do it give these new shows enough time to build an audience. They keep ******** with the schedules, so you never know the show will actually be shown. I think the networks are their own width enemy.