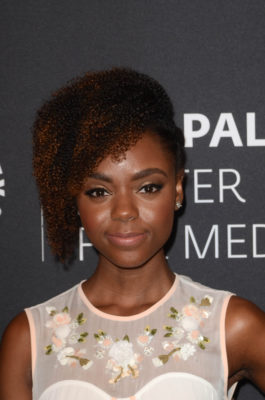 Ashleigh Murray is branching out. According to The Hollywood Reporter, the Riverdale star has joined The CW’s spin-off pilot Katy Keene.

On Katy Keene, Murray will reprise her Riverdale role as Josie, but there’s a twist. According to The CW boss Mark Pedowitz, Katy Keene takes place years after the events of Riverdale. So that means if the pilot is picked up, Murray would be leaving Riverdale.

What do you think? Are you a fan of Riverdale? Would you watch Katy Keene?