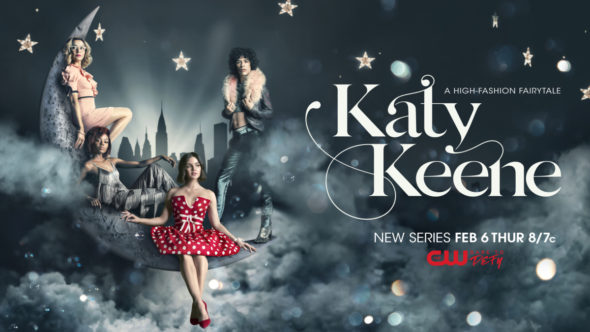 Riverdale is in its fourth season and it’s already been renewed for a fifth year) on The CW. Meanwhile, Chilling Adventures of Sabrina is in its second season on Netflix. Is there room for another Archie-related TV series? Will Katy Keene be cancelled or renewed for season two? Stay tuned. *Status update below.

What do you think? Do you like the Katy Keene TV series on The CW? Should it be cancelled or renewed for a second season?

*7/3/20 update: Katy Keene has been cancelled by The CW so, there won’t be a second season.

I loved watching this show i am just sad that its canceled because the viewers and no one was watching it. Because the ratings were low

I love this programing show and I’m upset that it canceled after season 1. the us viewers of the millions weren’t watching because the ratings were dropping.

Please keep this show and give Katy Keene a season 2!!!!! We need this kind of show right now.

Please don’t cancel it. Im so sick of getting excited about good new series and it gets cancelled. Give series at least 2 seasons before cancelling, especially something like KK. I love Lucy Hale and all the other stars. They make the series alive and personal. Good acting.

honestly, katy keene is decent, not good, not bad but decent show. i’m really intrigued to see where it goes and i hope that it improves. personally, i think lucy hale is a good actress but always gets handed the worst roles. if katy keene is cancelled, i hope that lucy hale will be cast in another good show like pll! overall, if katy keene continues on, they should stick to one storyline, kind of like a goal, with fewer, harder obstacles. not aspiring young people that literally aren’t doing anything but causing drama. i love the character dynamics but… Read more »

This is replacing Supernatural. Seriously? The CW needs to compare the ratings and change their position on this. Heck everyone needs to compare the ratings side by side and see that Supernatural has double-triple the viewers in the 18-49 demo than Keene does. Same goes for the viewers. I notice that there are no figures under the demo change and viewers change for Keene. Wonder why that is? Answer: Because the show is awful and both would be more negative than Supernatural.

Katy Keene has much going on within the hour that at times it seems not enough time to cover the characters storyline going, even tho reduced at times for a seeming walk on to maintain their place in the story flow. This show should be given time grow into the audience or vice- versa, tho should it get axed it wouldn’t suprise me but only because for the short time given I liked that the writer’s got so much going on that I’d hoped they’d be given more space and time to actually be allowed to develop KATY KEENE and… Read more »

Katy and the prince have really good on screen chemistry. Reason I didn’t give the first show a 10 because I thought she & kao, were more like brother and sister. But did feel bad for him when they broke up.

I never thought I’d see a show do almost as bad as “Dynasty” on the CW.