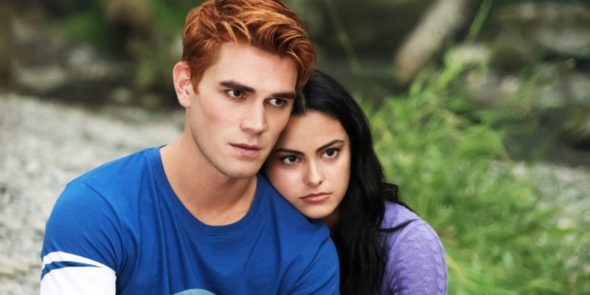 Could events get any stranger in Archie Andrews’ hometown? Well, we’ll have plenty of time to find out. The CW has renewed the Riverdale TV show for a fifth season. It will air as part of the 2020-21 season.

Riverdale stars KJ Apa, Lili Reinhart, Camila Mendes, Cole Sprouse, Madelaine Petsch, Marisol Nichols, Madchen Amick, Mark Consuelos, Skeet Ulrich, Casey Cott, Charles Melton, and Vanessa Morgan. Based on the characters from the Archie Comics, this show focuses on the wholesome town of Riverdale and some of its teen residents, including Archie (Apa), Betty (Reinhart), Veronica (Mendes), and Jughead (Sprouse). They discover the darkness and dangers that bubble underneath their town’s wholesome façade.

What do you think? Have you been watching the Riverdale TV series? Do you plan to watch season five?

I love this show! Glad its renewed!

Cannot believe this absurd show has been renewed. It started great before the creator of the show dove into ” woke” culture. gay everything, serial killers, grossly anti Christian which they would never do with other religions, lunatic farms and on and on. I became a 10 minute watcher after loving the show when it started. The ratings have continued to drop a lot because the show got so stupid. What does it take to cancel this show? How low are cw standards? Another amazing thing they do is take the show off for long periods of time like it’s… Read more »

There’s some unfortunate truth in what you’re saying, and it runs across the entire landscape of CW programming. However, this has been anything but detrimental with a young audience that is long past sold on, if not obsessed with, these social and prurient themes (the problem, if you see it as one, is with the culture, not the CW). So, even though Riverdale is not as impressive as shows like Bates Motel which arguably inspired it, I believe there is still potential for it to recover some of its lost steam and further establish a CW “Archiverse” capable of holding… Read more »