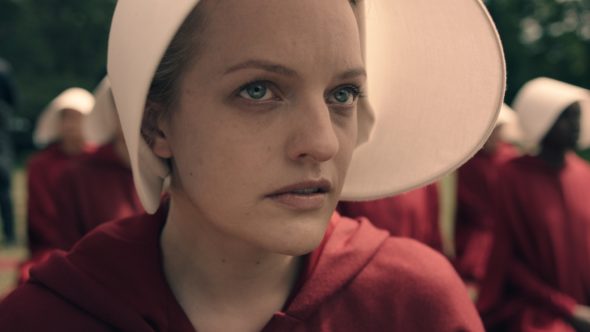 The Handmaid’s Tale has some new company. Variety reports Sydney Sweeney will recur on season two of the Hulu TV show.

On The Handmaid’s Tale, Sweeney will be playing Eden, a pious 15-year-old “who represents the next wave of true believers in Gilead.” Season two is slated to debut on Hulu in April.

In the first season we took things that were mentioned in the book and turned them into whole episodes. The second season, really a lot of the stuff we’re doing is still an extrapolation of that world — the colonies, what life is like for refugees and what happens if a handmaid tries to run away. All of those things from Margaret Atwood’s world are still very much a part of our world.”

The premise of the show is so repellent, I think the world would be a better place if Margaret Atwood had not written the original

Totally agree. I can’t make myself watch it.