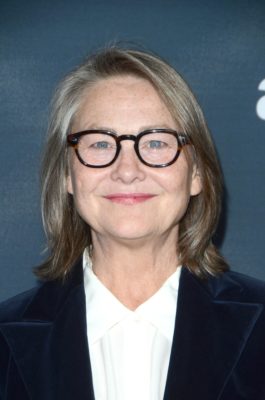 Cherry Jones is headed to Hulu. According to The Hollywood Reporter, the American Crime star has joined season two of The Handmaid’s Tale.

On The Handmaid’s Tale, Jones will be playing “Holly, the feminist mother to June/Offred (Elisabeth Moss) who, up until now, has only been mentioned in passing during flashback scenes.”

She’s a terrific literary character who’s now going to come to life for the first time, and so it was important to me who that was. I was obsessed with it for weeks and bothering everybody about it — way before anybody cared to talk about it. Cherry was my fantasy choice [for the part]. We sent her the script, she wrote a lovely email back and she said yes almost immediately.”