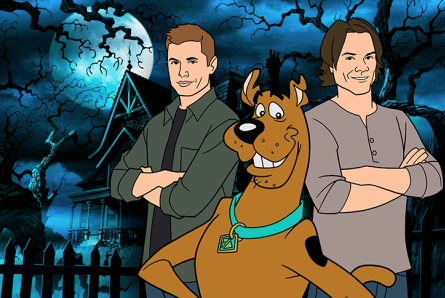 On Twitter, EP Jim Michaels revealed the titled for the Supernatural/Scooby-Doo crossover will be “Scoobynatural.” The big crossover episode is slated to premiere on The CW on March 1st at 8 p.m. ET/PT.

What do you think? Are you a fan of Supernatural? Are you excited for the Scooby-Doo crossover?

Supernatural and other shows similar to it like Grim, Charmed, Smallville and others get cancelled! I am 65 years young, and I Love shows like that & then their gone. I used to watch Bewiched all the time & I dream of genie. I guess you get my drift. I would love to see them come back as a continuation like off spring or something.

I’M looking forward to watch a supernatural scooby doo episode as will..

I thought that. It was a great episode! That would go well if Scooby Doo had more of the Winchester’s visiting their show.