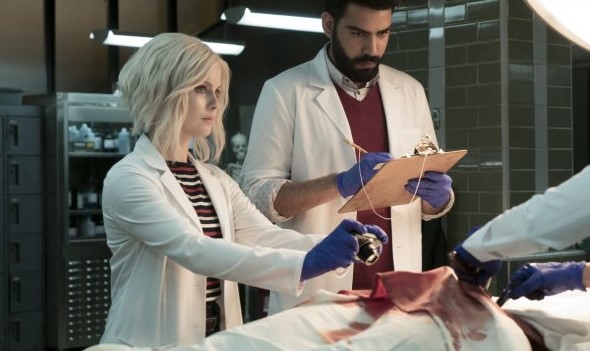 iZombie fans will soon see their show back on the air, and a new trailer has been released that makes the zombie team seem like the new Scooby Gang.

Rose McIver stars on the series as Liv Moore, and the new trailer from [su_cw]CW[/su_cw] focuses on how she and her friends solve crimes.

A big battle is ahead on the third season though. Fans will see zombies take on humans during the upcoming episodes.

iZombie will premiere on CW next month. Check out the latest trailer below. Are you excited for the return of this series? Tell us what you think.