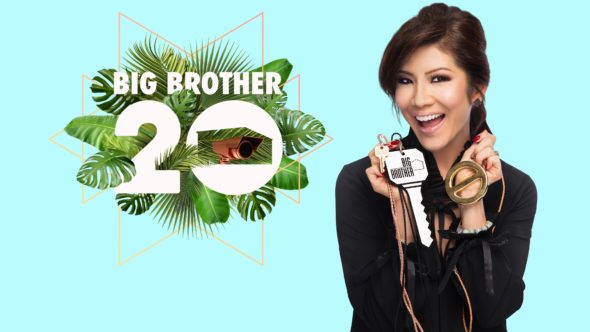 Are you ready for the new season of Big Brother? CBS just announced the cast for the TV show’s upcoming 20th season.

Hosted by Julie Chen, the new season of the long-running reality show will feature a variety cast of houseguests that includes “a flight attendant, a former undercover cop, a cyber security engineer and a Vegas entertainer, among others.”

CBS announced today the 16 all-new Houseguests who will embark on the milestone 20th season of BIG BROTHER. This season’s cast includes a flight attendant, a former undercover cop, a cyber security engineer and a Vegas entertainer, among others. CBS’ summer reality hit debuts with a two-night premiere event, Wednesday, June 27(8:00-10:00 PM, ET/PT) and Thursday, June 28 (9:00-10:00 PM, ET/PT), on the CBS Television Network. Julie Chen returns as the host of the series.

The following 16 new Houseguests will spend the summer competing for $500,000:

Details about the house and some of this season’s new twists will be announced shortly.

BIG BROTHER follows a group of people living together in a house outfitted with 94 HD cameras and 113 microphones, recording their every move 24 hours a day. Each week someone will be voted out of the house, with the last remaining Houseguest receiving the grand prize of $500,000. BIG BROTHER is produced by Emmy Award-winning producer Allison Grodner and Rich Meehan for Fly on the Wall Entertainment, in association with Endemol Shine North America.

What do you think? Do you watch Big Brother? Are you excited for the new season?