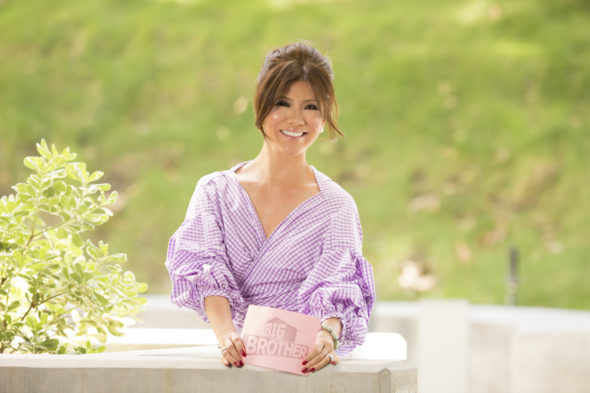 Big Brother is hitting the big time. CBS has announced the first celebrity edition of its Big Brother TV show will air this coming winter. Its 24/7 live feed will stream on CBS All Access, and a new season of Big Brother After Dark will air on Pop TV.

The newest iteration of the Big Brother reality TV series will follow celebrities living in (and getting evicted from) the Big Brother house. Julie Chen is set to host. Check out the CBS press release, to learn more.

CBS today announced it will broadcast its first celebrity edition of reality hit BIG BROTHER. The special winter edition will feature multiple episodes per week during a concentrated run and include the series’ signature Head of Household and Power of Veto competitions and live evictions. Julie Chen will host.

CBS All Access, the CBS Television Network’s subscription video on demand and live-streaming service, will again share all the action from inside the house with its 24/7 live feed. Also, Pop TV will provide fans the exclusive live television broadcast of BIG BROTHER AFTER DARK, an unfiltered late-night feed from inside the house. Additional details regarding scheduling and casting will be announced at a later date.

The celebrity edition of the series is in addition to BIG BROTHER’s milestone 20th season that will be broadcast in summer 2018.

“BIG BROTHER has been dominating pop culture throughout its 19 seasons, and it is exciting to grow the franchise with the first-ever celebrity edition in the U.S.,” said executive producers Allison Grodner and Rich Meehan. “Celebrities will be under the watchful eye of the Big Brother cameras, facing the classic game elements, and of course new twists in this special winter event.”

This season’s numbers have increased online as well, with full episode streams on CBS All Access up nearly 20% over last summer. The 24/7 live feeds are also up, year to year. According to Nielsen social, BIG BROTHER has ranked as the #1 most social series on broadcast television since its June premiere across Facebook and Twitter. Additionally, Pop TV’s broadcast of BIG BROTHER AFTER DARK is out-delivering the past two seasons by double digits among viewers and key demos.

BIG BROTHER follows a group of people living together in a house outfitted with 87 HD cameras and more than 100 microphones, recording their every move 24 hours a day. BIG BROTHER is produced by Emmy Award-winning producer Allison Grodner and Rich Meehan for Fly on the Wall Entertainment, in association with Endemol Shine North America.

What do you think? Are you still watching the Big Brother TV series? Which celebrities would you really like to trap in a house with cameras and each other? Let us know, below?

My family and friends. We all love Big Brother wish it would play summer spring fall winter and more when we watch it we all want different ones to WIN we give them nic names LOL we count down the days for the next time it comes on and if the weather is bad pray all will be good and we stay with electric lol lots of my friends and family is on Facebook also are we call each other and talk about what was going on in the Big brother house so it needs to stay on

I just don’t understand why so many people like fake/staged shows. Might as well just watch a regular scripted show. and yes yes I know people can watch whatever they want that’s not the point.

Yuck! I would rather watch unknowns. Sounds like a housewives or similar. Won’t watch.