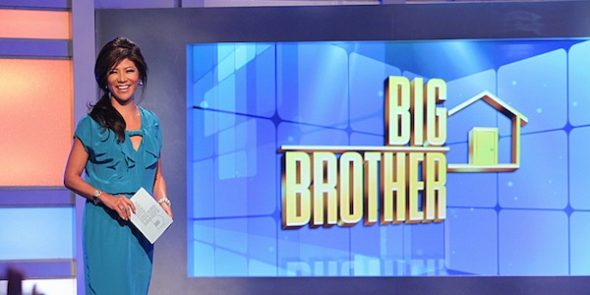 It looks like Big Brother is a family affair for Julie Chen. In a recent interview with The Hollywood Reporter, the CBS series host revealed she got a pay cut for the show’s upcoming celebrity edition.

Chen, who is married to CBS boss Les Moonves, has been the host of the reality series since it debuted in 2000. Most recently, the network announced the first ever celebrity edition will premiere in early 2018.

Speaking to THR, Chen admitted that Moonves “strong-armed” her into taking a pay cut for the upcoming season:

If you know one thing about my husband, it has to make economic sense. He comes home for dinner and says in a very Godfather, mafioso-style, ‘Jules, you tell your lawyer this is not a negotiation. This is what the deal is and you’re going to accept it.’ And I said, ‘Is that the way you speak to your wife?’ He said, ‘You tell your attorney this is not a game we’re playing. Everyone’s taking a haircut. This is the only way it will make sense financially. You shouldn’t be expected to be paid as if it’s a full series. It’s a condensed version.'”

While the cast for Celebrity Big Brother has not yet been announced, Chen does have a dream guest list that includes Sean Spicer, Melissa McCarthy, Snoop Dogg, and Andy Cohen.

What do you think? Are you a Big Brother fan? Are you excited for the upcoming celebrity edition?

Pay cut or no pay cut, we are just so happy to hear we don’t have to wait another year for more Big Brother. Keep it coming……our whole family loves it…..kids, mom, aunt. It’s fun discussing who we don’t like, who we want to stay and who we want to go……Fun show. Please take the pay cut Julie

Yes, I am a fan and have been watching ever since the first season when America voted and then the game changed starting in Season 2 when every evicted houseguest voted. I understand Leslie and Julie should, too. It’s not like Julie is hard up for $$$$ so she should take the pay cut and just brush it off. If not, I have no problem hosting. 🙂 Looking forward to the celebrity edition in 2018.

makes sense to me assuming the celebrities are getting paid to be on the show whether they win or not, unlike the standard version