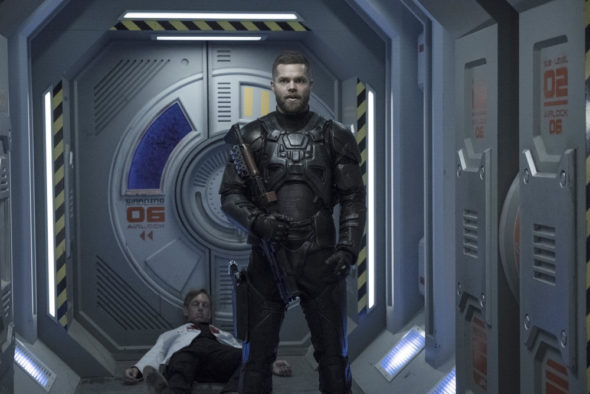 At this year’s winter TCA press conference, Sanders said fans will be happy with the season four of The Expanse, saying “The show has come back strong … The fans’ love has helped us build this; we can’t wait for them to see it.”

And as for a premiere date, Sanders says Prime Video is hoping to release the new season later this year.

I was very excited for a good Sci-Fi set in space when this started, but I was not thrilled with the first two seasons. However, since I’d already invested time, I decided to watch S03 and I’m so glad I did. Season Three was exciting with some excellent ideas that seem very timely. Now, I’m really looking forward to Season Four and will be tuned in for certain!

Finally, a show is rescued that deserves it! It had to happen, sooner or later, but I admit, through the years, I had almost lost lost faith in the laws of probability.

I agree with Jeb. We loved this show & are so happy that we will be having it back. Thank you Amazon.

I love this phenomenon!!! Expanse is everything!!! Thank you! Rewatching all seasons on a binge now !!

This is a great show. Many thanks to Amazon for granting it a second wind…