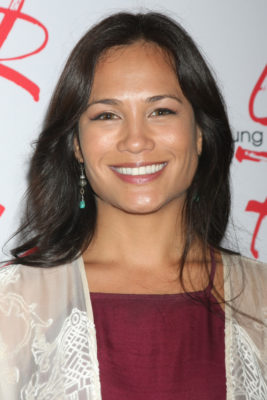 The Expanse has some new company. Deadline reports Nadine Nicole has joined season three of the Syfy TV show.

Based on the book series by James S. A. Corey, the sci-fi drama is set 200 years in the future and follows a detective and his crew as they unravel a vast conspiracy. The cast includes Thomas Jane, Steven Strait, Shohreh Aghdashloo, Dominique Tipper, Cas Anvar, Wes Chatham, Frankie Adams, Chad L. Coleman, and Shawn Doyle.

On The Expanse, Nicole will be recur as “a lowly electrochemical tech on a ship that is fierce, intelligent, and driven, but driven by a hidden agenda and a dark secret.” Syfy has not yet set a premiere date for the series’ third season.

Wow, we know who she’ll play- she has a long, multi seasonal arc to portray! Good for her.