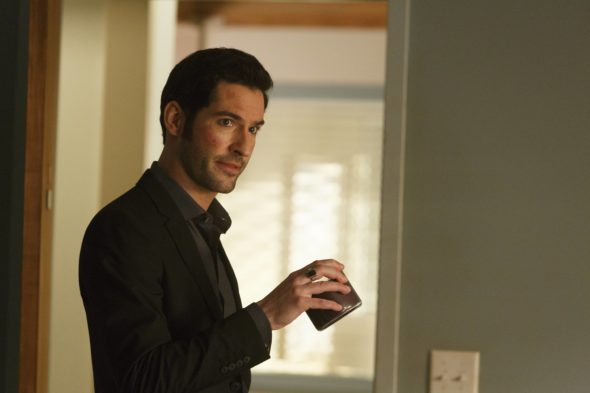 Come on please give us season 4. Aren’t all their contracts up in June?? Please I am such a fan of this show and miss it a lot.. This has to happen before June come on Netflix renew Lucifer…………YES …. I’d watch it on Amazon or anywhere!

I hope to see Lucifer on NETFLIX for SEASON 4 and amazon because I really miss my favorite tv show a lot. I love the whole show and really missed it a lot more after stuiped fox cancel my show. I have noting to watch on Mondays now. I wonder when it airs on Netflix and Amazon??

love Lucifer and would watch it on Amazon

This is great news. We really enjoy watching Lucifer. Thank You Netflix!!!!

Please sign me up for whatever the show will continue on! I will miss the whole cast, such a clever show, keep it going! Please!

Oh yes I would watch Lucifer even if it means getting Netflix or whoever picks it up! I just love Tom Ellis as Lucifer, his acting and facial expressions without even speaking make it all the more enjoyable to watch!

Yes I would watch Lucifer on whichever channel airs it! PLease renew it for Season four and beyond!

You guys were close – Netflix – not Amazon!

Yes I would watch it on Amazon. Please bring it back

We have to #SaveLucifer Please sign and share the petition while we still have time! Thank you

I’ve never used Amazon but would in a heart beat if Lucifer had a home there!!!!!