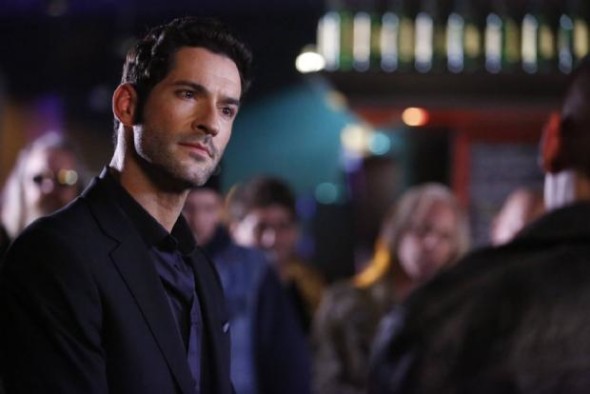 Lucifer may still have some life left. According to Deadline, Warner Bros. TV is shopping the cancelled FOX series around for a fourth season.

Per Deadline, Lucifer‘s production studio Warner Bros. TV is interested in shopping the series around to other networks for a fourth season. Currently, Hulu owns the streaming rights to the show, so that’s one option. Additionally, the crime drama is based on a DC Comics property and DC is launching a new streaming service, DC Universe, later this year.

One of FOX‘s other cancelled series, Brooklyn Nine-Nine, was recently picked up by NBC for another season, but will Lucifer have the same luck?

Ellis and others connected with the show have vowed to keep fighting to save the series. The actor who plays the show’s title character learned the news from showrunner Joe Henderson. Ellis had just attended a fan convention in Rome and was on a high. He was initially shocked and then devastated. When the cancellation news went public, he was overwhelmed by the uproar and love expressed by the fans.

He notes that the tsunami response has helped to create a conversation about saving the show. He notes that, “I don’t want to promise anything for anybody, because there are so many things that have to align for things to happen…,” he ventures. “But I didn’t have hope, and I do have hope now. And as long as there is hope, I will keep fighting. Because I think that’s what our fans want us to do.”

What do you think? Are you a fan of Lucifer? Would you watch the series on another network or streaming service? Should it be saved?

The show has a strong plot line and is inventive, would hate to see it disappear!

This show needs to stay on the air. I am not happy if Lucifer is canceled, Every Monday i used to look forward to my show. So if it’s canceled already, bring it back.

I love this show. Thing is if its on netfix or similar. And you don’t. Have that you get left out. The haves versus have nots. Wish it would be on. a. mainstreem. Channel where all could view.

I’m sick and tired of good shows being taken off the air. Lucifer is a great show, please bring it back.

Not happy that you cancelled Lucifer. Please bring it back.

Please don’t cancel Lucifer! Nothing on TV like it