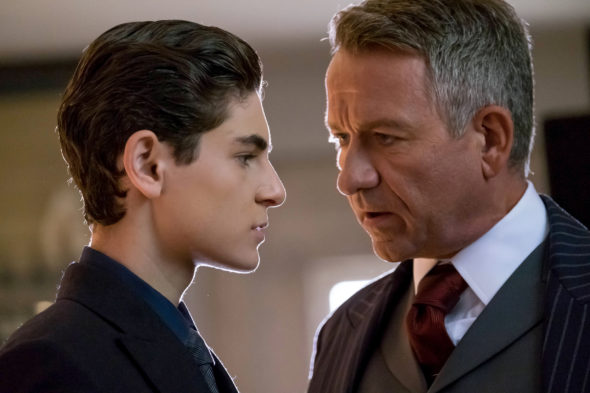 At this week’s Television Critics Association press tour, Walden said fans don’t have to worry about Disney cancelling Gotham and/or Lucifer: According to the FOX chief, the merger will take over a year to complete and any renewal decisions will be made long before then:

“It’s a little bit early to be talking about that, we’re very happy with the creative right now. But we don’t have anything to announce.”

What do you think? Do you watch Gotham and/or Lucifer? Do you think they’ll be renewed?

Why must they cancel Lucifer when it such a good show

I stopped watching Gotham after Season 2, recorded season 3 on my Tivo and never watched it, ended up canceling the recording and deleting the series. Lucifer is a guilty pleasure, I loved season 1, not so much the shortened season 2, and season 3 is a joke so far. Maze is missing way too often as well as the detectives daughter. Those two characters brought loads of interest to the show. The mom angle was not so interesting either.

Maze left for maternity leave, she is back to a regular filming schedule now and is supposed to appear on the remainder of the season.

Lucy is the best ‘5 star’ 3 star show on tv right now (it took over I zombies place). Gotham is my fav show on tv – they better not cancel it. I don’t know how ANYONE gave up on Gotham. My 74 yr old mother watches it. Everyone I recommended it too stayed with it. People LOVE to jump on anything Gotham and talk about how they gave up on it – like that’s something to be proud of. To quote Arnold in End Of Days: “Good for you.” Gotham is the best Batman since the 60’s show. If… Read more »

I love Lucifer!! Don’t cancel!! This is my favorite show, it makes me laugh. I love the characters

Lucifer is so bad this season … I cannot hate the awful scenario and plots !!!! Make some room for better shows please.

started off GREAT….has trickled down to just good – yes cuz it’s been meandering along…still fun to watch though and the lead is f’n brilliant. Enjoy jumpin ship lol This season got a trixie episode – nuff said. That kid is magic.

Gotham is my life. Best show ever!

Gotham has really hit it’s stride. It is very well done show and should be renewed.

I’ll make a prediction that Disney will decide Gotham and Lucifer are to “gritty” for their public pablum, and ax both of them. Then blame something bogus like ratings.

These are both great shows. Even though Disney acquired Fox I hope they don’t change anything. Fox has amazing shows it’ll be a shame if they want to get rid of anything that doesn’t meet their criteria.

I love both these shows so I hope they don’t get axed!! I can’t believe Fox sold oust to Disney??

No place to shop but walmart, no one making tv and movies but fox, wwe owns wrestling, it will continue to snowball…kinda sad and scary.

I hope Lucifer is renewed, all my friends And I watch it faithful every week, even the reruns.