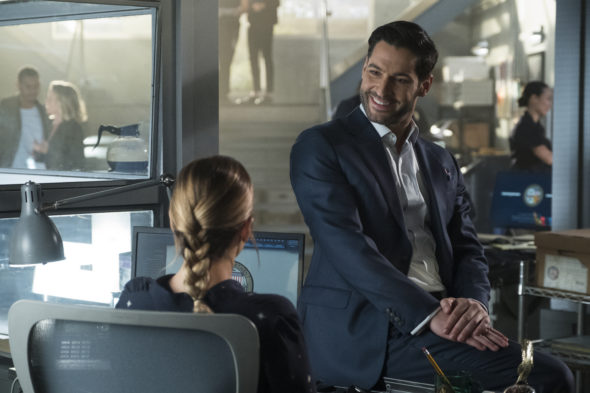 The reign of Lucifer continues… for now. Deadline reports Netflix has renewed the TV show for a fifth and final season.

Lucifer premiered its fourth season in May 2019. See Netflix‘s renewal announcement and more below:

#Lucifer has been renewed for a fifth and final season!

“We are so incredibly thankful to Netflix for resurrecting our show last season and now letting us finish the story of Lucifer on our terms. …The best is yet to come!!” — EP's @Henderson_Joe & @Ildymojo pic.twitter.com/s6nekmawtA

The fans brought us back to life. Now, we get to finish our story on our terms. Can't wait for you guys to see what's in store! https://t.co/igrO8z2xxb

What do you think? Are you a fan of Lucifer? Are you glad it’s coming back?

Yes to that piece of sublime beefcake!

I LOVE THIS SHOW! I wish it could have had several more seasons.