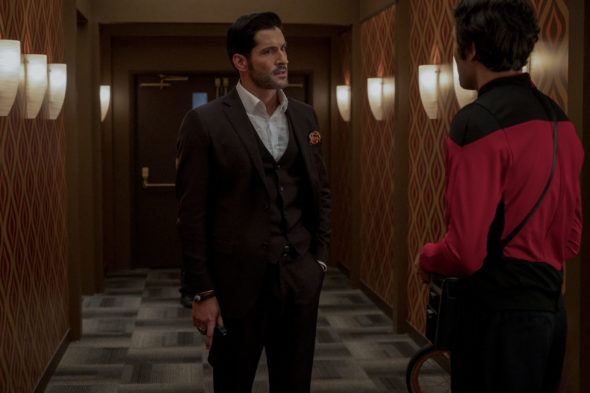 Entertainment Weekly revealed more about the cast additions to Lucifer on Netflix:

“First up: Dungey — a.k.a. Alias’ Francine Calfo — will play Sonya, “a no-nonsense uniform cop who forms an unlikely bond with Amenadiel [DB Woodside]” according to the official character description. Dungey most recently appeared on Big Little Lies, Man with a Plan, and CBS All-Access’ Star Trek: Picard and Star Trek: Lower Decks.

Check out photos of the actresses below.

‘Alias’ and #Deadpool actors are blessing #Lucifer with their presence in season 6. https://t.co/wvOAVA14H8

Fans will have to wait for these ladies to pop up on the series. Netflix still has to air the second half of season five of Lucifer. A premiere date for those episodes has not yet been set.

What do you think? Are you excited to see these additions to the cast on Lucifer during season six?

Looking forward to it but wish it wasn’t going to be the final season!

Both work for me. Seeing Negasonic in Lucifer as an Angel is a good casting. And Dungey as a cop leaves me to wonder about the Doctor and his son.